The San Joaquin Valley forms the southern half of California’s vast Central Valley (Sacramento Valley sits to the north, with the San Francisco Bay delta being the dividing line). This area used to be an epic expanse of wildflower meadows and wetlands, but unfortunately, almost all of the wetlands have been drained and the meadows invaded by European annual grasses. I spent the weekend traveling to both sides of the valley–the foothills of the Greenhorn Mountains to the East and the Carrizo Plain to the West–in search of remnants of San Joaquin’s past glory. With the exception of a quick trip into the oak woodlands, I didn’t see a native tree all weekend. But I did find a few flowers. I botanized in Atriplex (Saltbush) Scrub, where plants must deal with salty, basic (high pH soils): 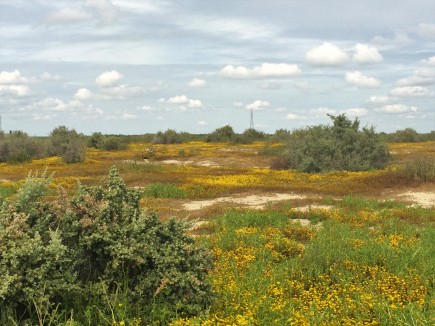 and I climbed into beautiful Temblor Range (that’s Carrizo Plain in the background) :

But mostly I hung out in the “grasslands”of the valley floor.

The color of the weekend was yellow–hills were covered in various golden members of the Aster family. Asters have flowers in dense clusters with outer “ray” and inner “disk” flowers. When you think of a sunflower or a daisy flower, you are actually thinking of a whole cluster of flowers. Many of the species look somewhat similar, and the family has its own unique set of terminology to tell them apart. You need too look at things like the phyllaries (green scales on the back of the flower cluster) and the pappus (tuft of hairs on top of the seed). Here are some of the less common asters from the weekend:

Deinandra pallida (Kern Tarweed). This species is common in the hills around Bakersfield, but is pretty much only found in Kern County. It’s just beginning to bloom.

Lasthenia ferrisae (Alkali Goldfields) is a specialist on salty depressions in the Central Valley. You can see the characteristic fused phyllaries in the second picture.

Monolopia congdonii (San Joaquin Woolythreads). This species does not have any ray flowers. Because the primary function of these flowers is to attract pollinators, the loss of them (which has evolved a number of times) generally indicates a self-pollinator.

Leptosyne calliopsidea (Leafy-stemmed Coryopsis, large yellow) and Layia sp (Tidy tips, white and yellow smaller species). I messed this one up. I assumed the Layia was the common Layia platyglossa, but it turns out there are records of the very rare Layia munzii at the exact spot where I took this. You need to look at the shape of the disk flower pappus to tell them apart, and I don’t even have a close-up photo, so this will remain a mystery. I guess it still is a pretty picture though, even with unidentified plants.

The weekend wasn’t all asters, though. Some additional highlights were two species of Jewelflower that were new to me–the pleasant Caulanthus anceps (Lemmon’s Mustard) 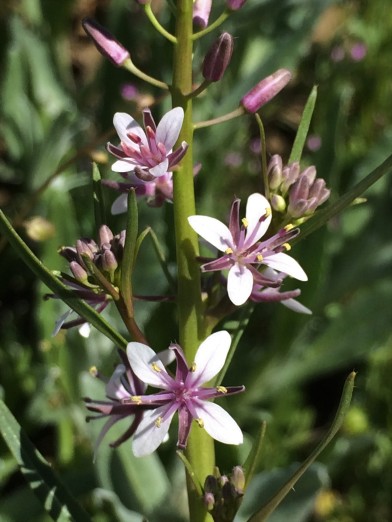 Yes, those two species are in the same genus–they are a little easier to tell apart than the Layias or the Lasthenias of the world. The weird main stem of the desert candle is hollow, so it’s a fun plant to squeeze.

Delphinium recurvatum (Byron Larkspur). A beautiful specialist in Central Valley Atriplex scrub. In this larkspur flower, the petals are actually the white parts in the middle. The sepals, which are green in most plants, are lavender here. The pointy thing in the back is the nectar spur, which contains the reward for visiting bees. 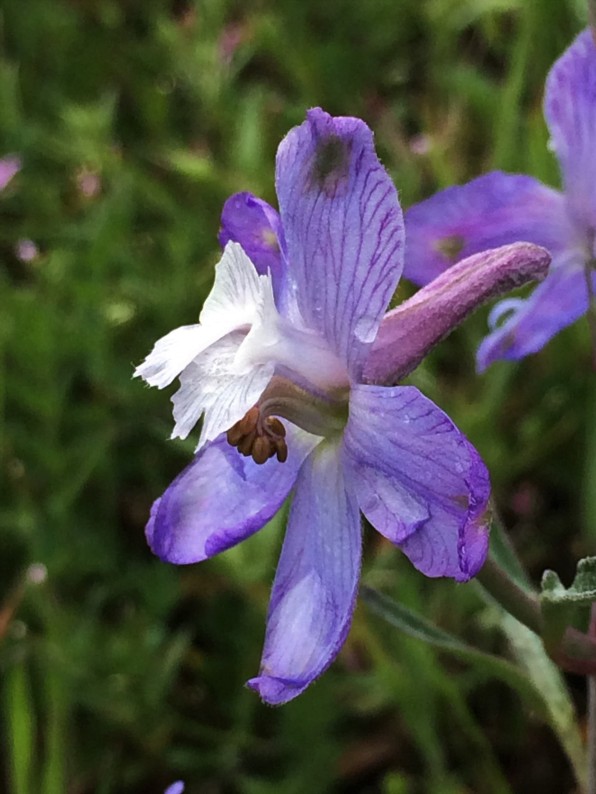 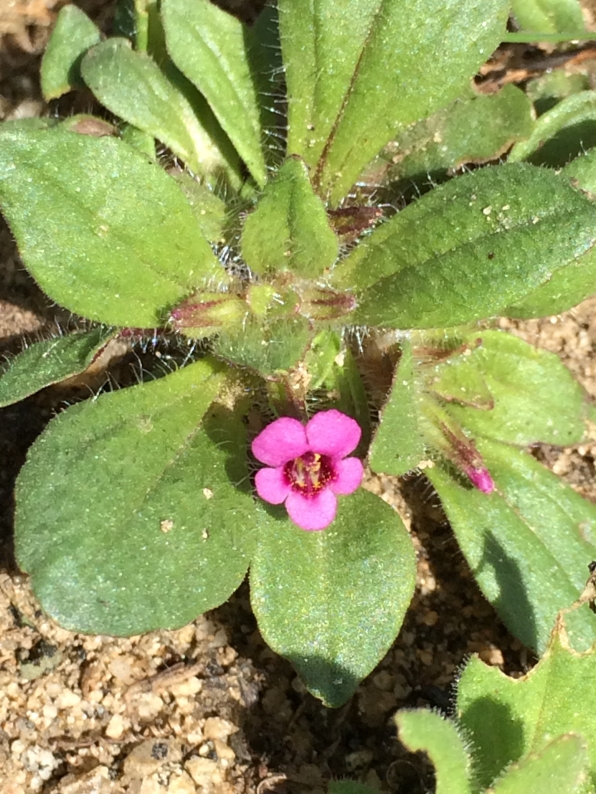 I was looking for the later species, as it’s both amazingly patterned and really rare, and it didn’t disappoint. But for the record, I think Mr. Joseph Congdon, a prominent 19th century Sierra botanist, has himself a very nice monkeyflower as well.