I’ve been out botanizing a bunch over the past week and a half. First I visited a fellow grad student, Karen’s, newly acquired property in extreme southeastern Alameda County (East Bay area). Karen has been going up there pretty much every weekend this spring and had some really cool plants to show me including the fairly rare Lessengia tenuis (Spring Lessengia, Asteraceae)

I then botanized a bit on the San Mateo coast North of town, tracking down, among other things maybe the most Southerly population of Allium dichlamydeum (Coast Onion, Alliaceae), a specialist of dry clay soils on sea cliffs.

Finally I took a longer trip into the interior of the Santa Lucia Mountains of Big Sur and the Western Transverse Ranges in Ventura County. Despite expecting things to be a bit late in the season, the bloom there was still going strong. Many of the flowers were new to me, as I hadn’t really botanized these areas before. The interior Transverse Ranges were particularly good. Highlights of some common but beautiful plants included Penstemon grinnellii (Grinnell’s Beardtongue, Plantaginaceae) 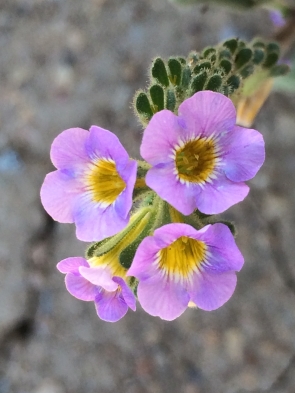 The main purpose of these trips were to track down members of the Evening Primrose Family (Onagrads) to help construct a phylogeny. Knowing how these species are related will allow us to model how traits such as herbivory and floral scent evolve. I did track down lots of Onagrads, including Camissoniopsis intermedia (Intermediate Sun Cups) 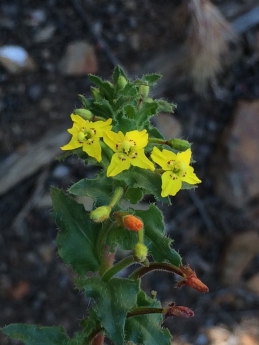 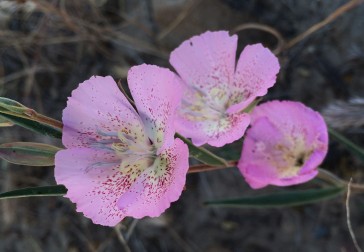 But honestly, many of the species on my target list look pretty similar to each other and their small, yellow flowers don’t photograph well. Instead, the rest of these photos are pairs or trios of plants in the same genus. Sometimes congeners look extremely similar, like Malacothamnus fremontii and Malacothamnus jonesii (Fremont’s and Jones’ Bushmallow, Malvaceae)

The Bushmallows are particularly tricky to identify. Karen and I spent along time keying out the left plant, and we’re still not completely satisfied. These species can hybridize, making identification that much more challenging. Another genus that is beautiful, but presented some identification problems is Mentzelia: Mentzelia dispersa (Bushy Blazing Star) and Menzelia veatchiana (Veatch’s Blazing Star, Loasaceae). 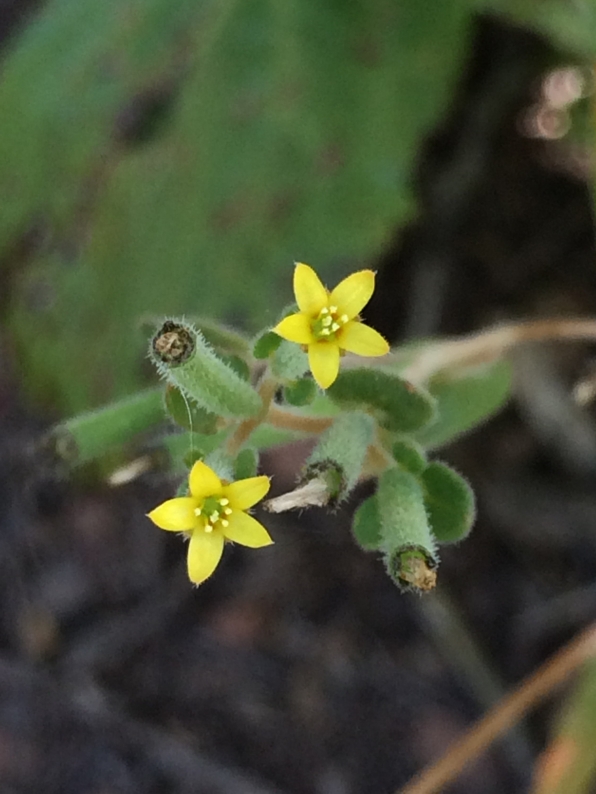 The former intergrades with the closely related Mentzelia affinis, and while it keyed to M. dispersa, some traits are intermediate between the two. Astragalus is an extremely speciose genus in the pea family Fabaceae (over 2,500 species worldwide and around 100 in California alone). I found around 5 species recently, but again many the flowers of the different species can look pretty similar. One standout was the rare coastal marsh specialist, Astragalus pycnostachyus (Marsh Milkvetch).

Astragalus fruits can actually be more distinctive than the flowers. Check out the cool inflated and mottled fruits of Astragalus letiginosus nigricalycis (Blackhair Freckled Milkvetch).

Late spring is a great time to look for Mariposa Lilies. I’ve posted pictures of these beauties before and I’ll do it again. Calochortus clavatus (Club-haired Mariposa) and Calochortus splendens (Splendid Mariposa, Liliaceae) 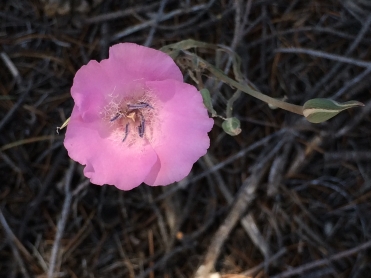 Okay, lets go triple time. Eriastrum is a small genus in one of my favorite plant families (Polemoniaceae), almost all of which are found in the drier parts of California. I managed to find four of the 16 species during the past week and a half, including the only perennial, Eriastrum densifolium (Giant Woolystar),the particularly wooly Eriastrum pluriflorum (Manyflowered Woolystar), and the tiny and range-restricted Eriastrum abramsii (Abrams Woolystar) 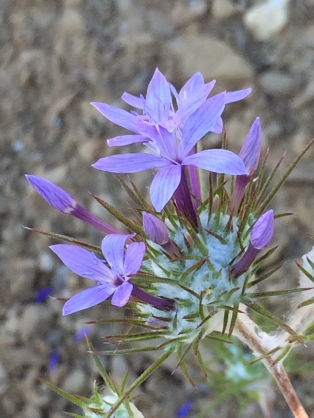 Leptosiphon is another genus in Polomoniaceae, and it seems to be particularly abundant this year. Three of these several species I found were Leptosiphon ambiguus (Serpentine Flaxflower), Leptosiphon pygmaeus (Pygmy Linanthus), and the stunning Leptosiphon aureus (Golden Linanthus). 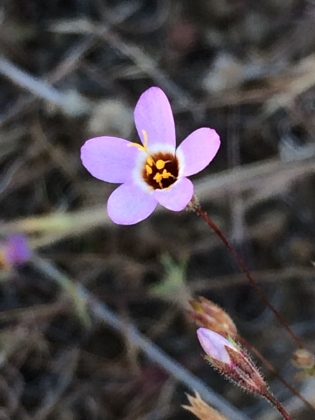 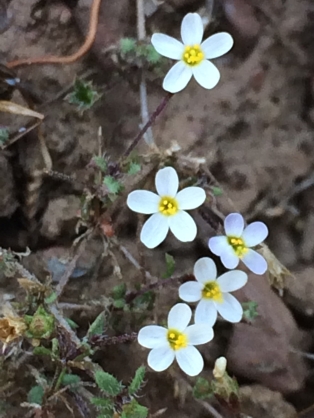 Whew, that was 26 flower photos for your viewing pleasure! Next, I’ll have to follow the bloom into the mountains to keep the plants coming.