Now that I’m done TAing Supercourse, I have a bit of free time. Therefore I headed up to the city to visit friends. Our plan was to spend most of the time birding, and do a little botany on the side. The birding was a bit slow, but the flowers more than made up for it (it was also a good mammal trip highlighted by long-tailed weasel and river otter). Both the San Francisco Peninsula and the Marin Headlands just over the Golden Gate Bridge from the city have a surprising number of rare and beautiful plants. Most of the goodies are either serpentine or coastal bluff specialists–both habitats that I have written about previously on this blog. We visited two serpentine locations. The first was Ring Mountain on the Tiburon Peninsula. The prize in this beautiful serpentine grassland is Calochortus tiburonensis (Ring Mountain Mariposa Lily, Liliaceae):

Amazingly this species, despite having large showy flowers and occurring next to a large city, was only discovered in 1971. It is quite common on Ring Mountain, but is found nowhere else in the world. 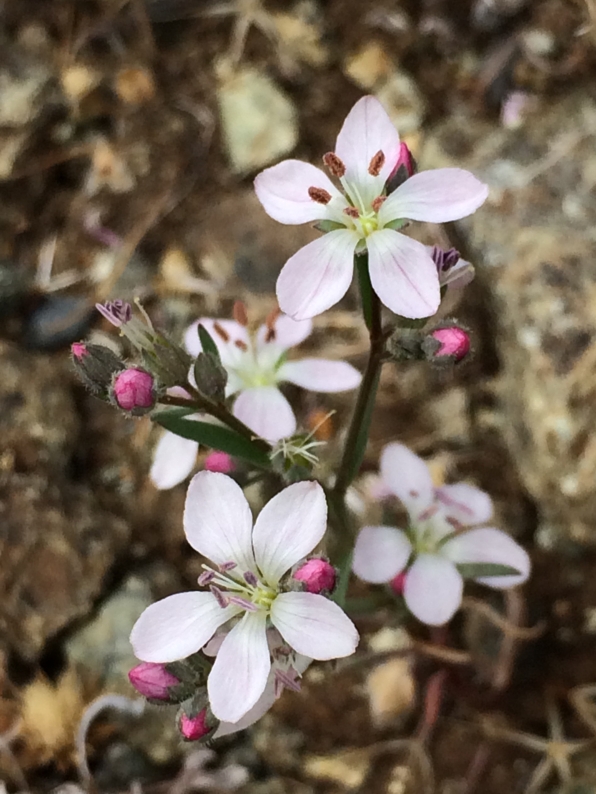 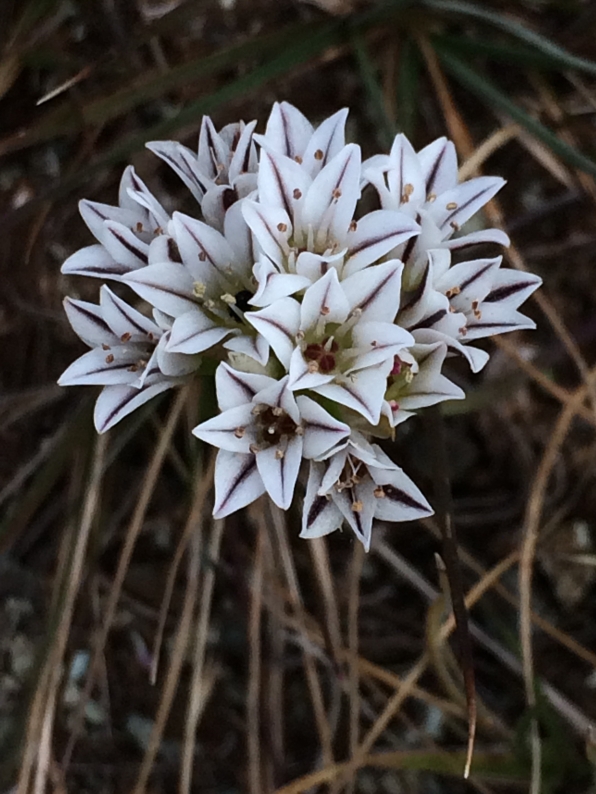 The flax is restricted to the serpentine grasslands of the Bay area. The onion is a bit more widely distributed, with Ring Mountain being its Northernmost occurrence.

After our Ring Mountain stop, we headed for the Serpentine Chaparral and Rocky Outcrops of Mount Tamalpais. Here we found another Onion, Allium amplectens (Narrow-leafed Onion):

And I could get my Phacelia fix with Phacelia divaricata (Divaricate Phacelia, Boraginaceae)

Interestingly, this serpentine specialist is a hybrid species, formed from a cross between the two other Lace Fern species that occur in the area. Neither of the parent species generally occurs on serpentine. This pattern of speciation, where a reproductively isolated hybrid colonizes an edaphic soil type that neither parent can occupy is surprisingly common in plants, but unheard-of in animals.

Amazingly, there are actually two Jewelflowers found on Mount Tamalpais and nowhere else. The other, Streptanthus batrachopus, we unfortunately did not come across. Among other differences, it wouldn’t have the hairy leaves and stems that you can see in the second picture.

While the serpentine habitats are nearing the end of the flowering season, it was peak bloom along the coast. Here are my five five favorite Coastal Bluff species we found in Point Reyes and the City of San Francisco itself. All of these except the first (which is occasionally found a bit further inland) are more or less restricted to the Central California Coast: 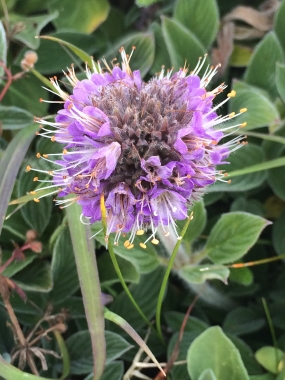 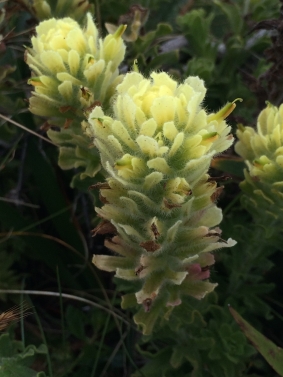 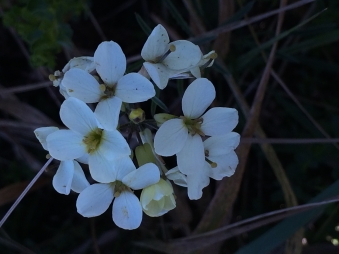 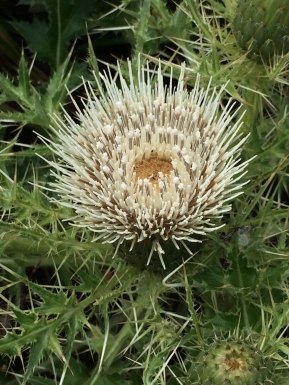 Not too bad for a birding trip, huh!

One thought on “San Francisco and Marin”