This past weekend I headed south again, looping through the San Bernardino and San Gabriel Mountains. This was my third trip to the San Bernardinos this spring. I had some unfinished business in the Holcomb Valley, as some of my target plants had not yet begun to flower when I was last here in late May. Besides having just a ridiculous number of rare plants, this valley is also notable for being the site of the largest gold strike in Southern California.

On the way, I found two tall plants with cream-colored flowers.  Asclepias erosa (Desert Milkweed, Apocynaceae) was the only thing blooming on the Mohave Desert floor.

Caulanthus major (Slender Wild Cabbage, Brassicaceae) was lining the highway on the way up into the mountains 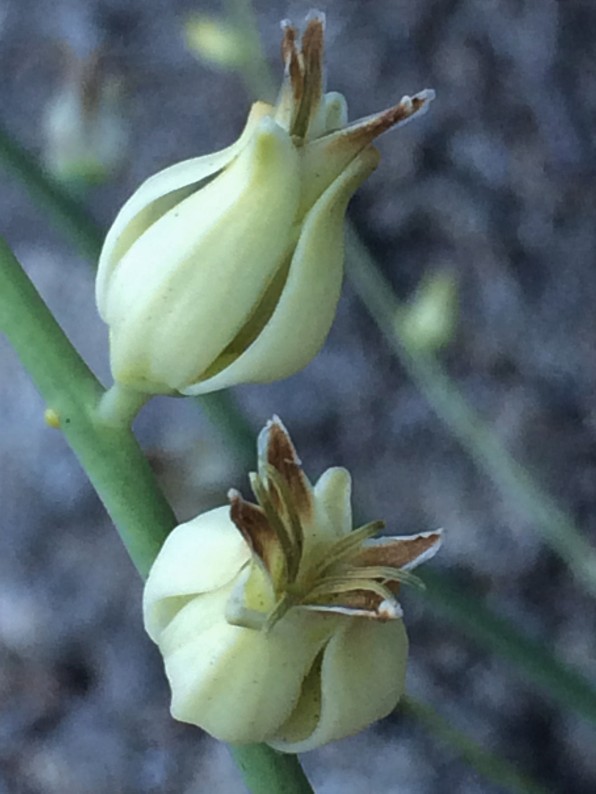 In the Holcomb Valley, the highlights included three of the smaller representatives of their respective genera. Abronia nana (Dwarf Sand Verbena, Nyctaginaceae) with its nice compact habit,

and Navarretia peninsularis (Baja Pincushionplant, Polemoniaceae). This later is in one of my favorite genera, with each species having differently shaped spiky bracts (modified leaves below each flower) and sepals.

Another target in the Holcomb Valley was Packera bernardina (San Bernardino Ragweed), a rare Aster with cool spoon-shaped leaves

The San Bernardinos are quickly becoming my favorite mountains in Southern California. While I’m pretty much done exploring the Holcomb Valley for the year, I might try to squeeze a last trip to their highest elevations later this summer.

From the Holcomb Valley, I headed west into the San Gabriels, north of Los Angeles. Along the way, I stopped at a large population of the poorly-named Phacelia mohavensis (Mohave Phacelia, Boraginaceae). This beautiful species does not occur in the Mohave.

The drive through the San Gabriels along the Angeles Crest Highway is absolutely beautiful, but unfortunately, not currently open to through traffic. A large sinkhole apparently opened under the road, blocking access to some of the areas that I wanted to botanize. Nevertheless, I still found a few great plants here, including the large showy shrub, Keckiella ternata (Blue-stemmed Keckiella, Plantaginaceae), 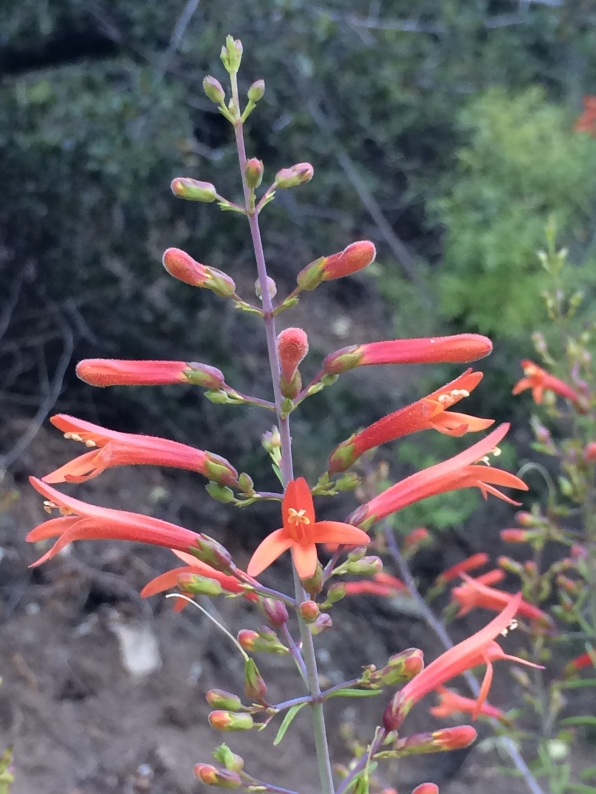 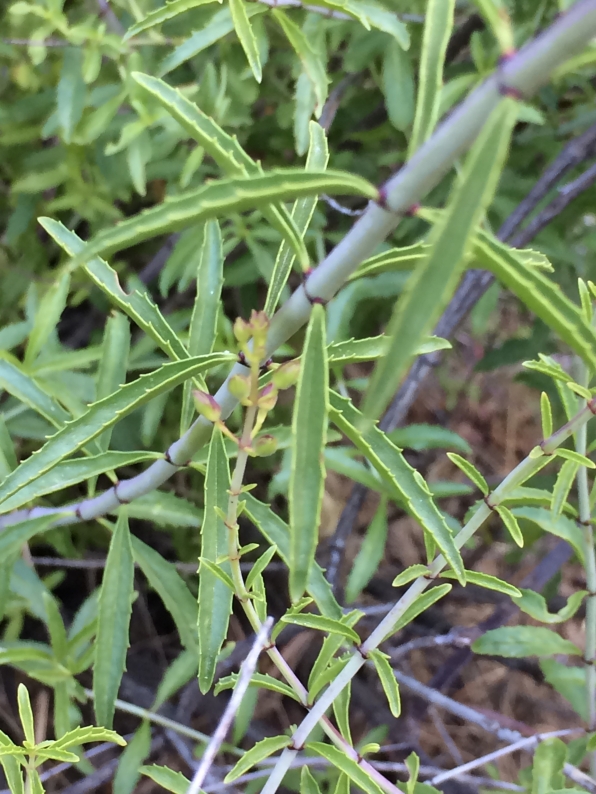 Mimulus johnstonii (Johnston’s Monkeflower, Phrymaceae), one of the less common of the 16 or so species in this genus I found on this trip,

And a second uncommon Ragwort species, Packera ionophylla (Tehachapi Ragwort, Asteraceae). While the flowers look very similar to the Packera bernardina, this one has pinnately-lobed leaves. 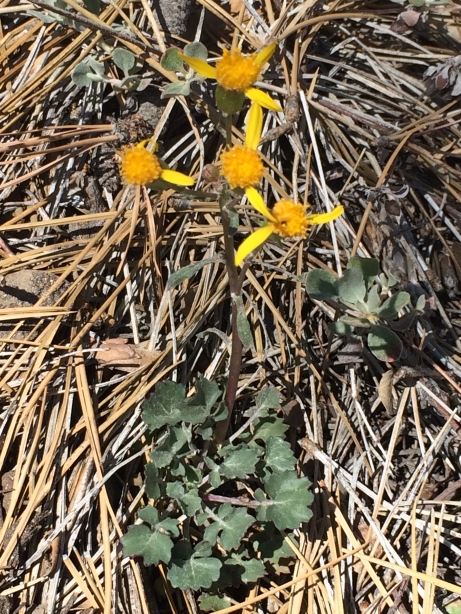 That’s all for now. In a few days I’ll be heading up to Northern California, and I’m pretty sure there are a few rare plants up there, too.