I day-tripped westward yesterday to a few locations in San Luis Obispo County (North of Santa Barbara and South of Monterrey) in what was likely my last coastal botany trip of the year. The trip was a bit of a mixed bag, as I couldn’t locate a few of my target flowers. I did, however, find the plant I most wanted to meet–the bizarre Calochortus obispoensis (San Luis Mariposa Lily, Liliaceae). This plant only grows on dry, rocky serpentine hillsides around the city of San Luis Obispo. Its habitat and bizarre appearance reminds me a bit of Calochortus tiburonensis (the Ring Montain Mariposa Lily) found in the North Bay last year (see post from May 25 of last year), but apparently it’s not that closely related within the genus. I guess serpentine just brings out the crazy in these plants. 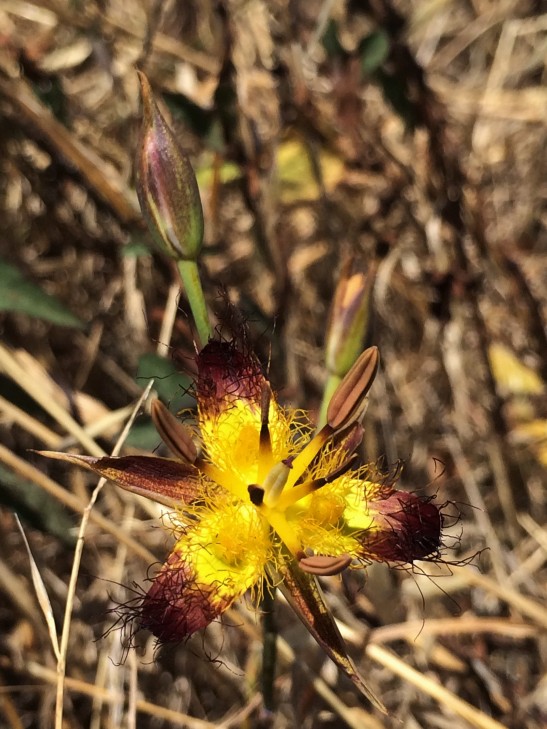 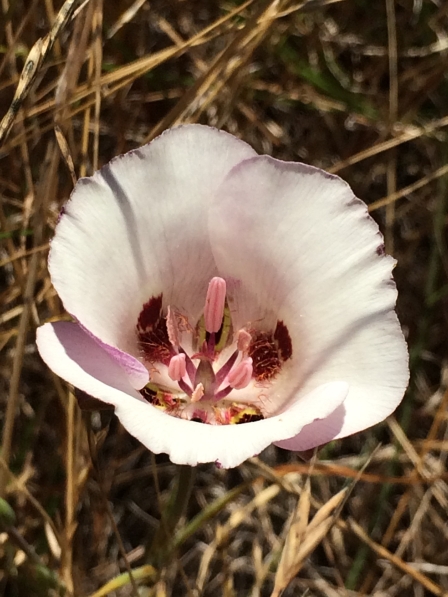 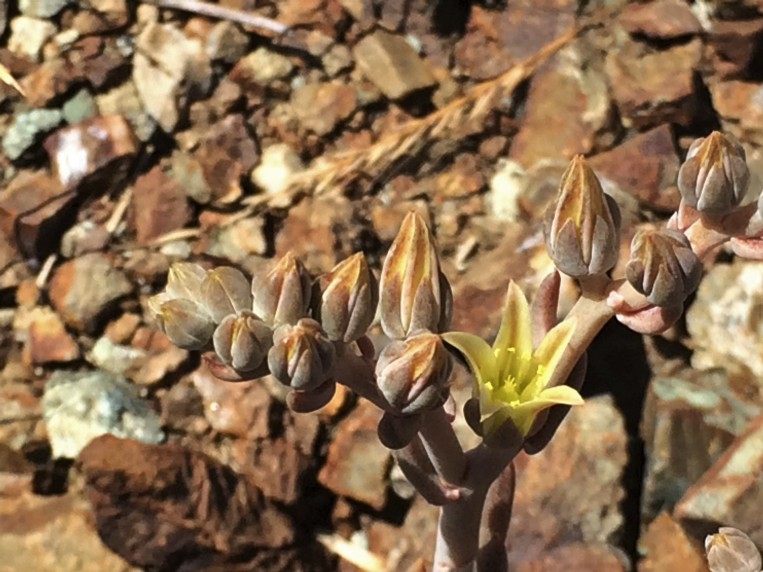 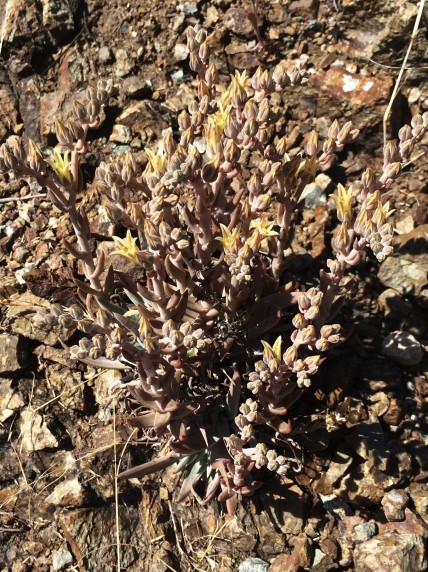 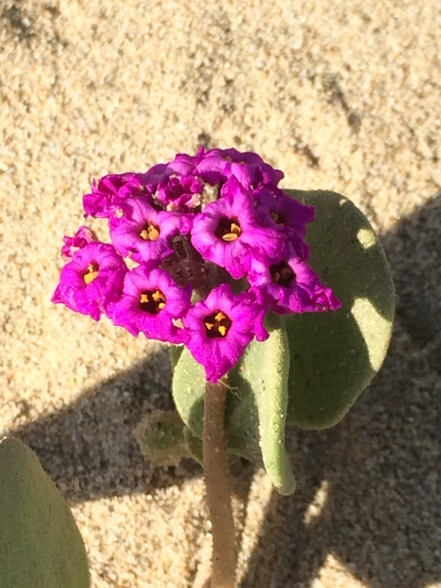 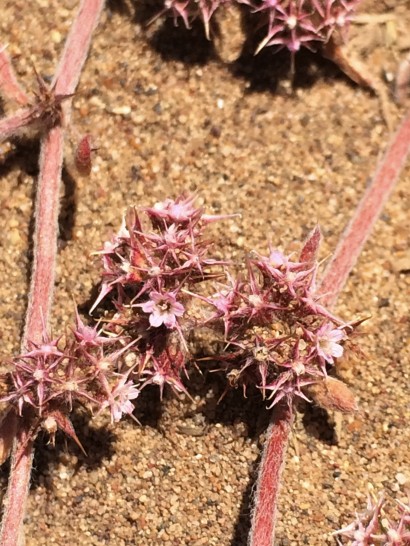 and Monardella sinuata (Curly-leafed Coyote Mint Lamiaceae). This last plant is not to be confused with one I posted a couple months ago, Monardella undulata (Wavy-leafed Coyote Mint, Lamiaceae), which is also a rare mint from the dunes of the South-Central Coast. The biggest difference is that this guy is an annual, while M. undulata is perennial. It seems crazy that in a genus of straight-leafed plants, two different species went curvy in the same area, but I guess that’s what happened! 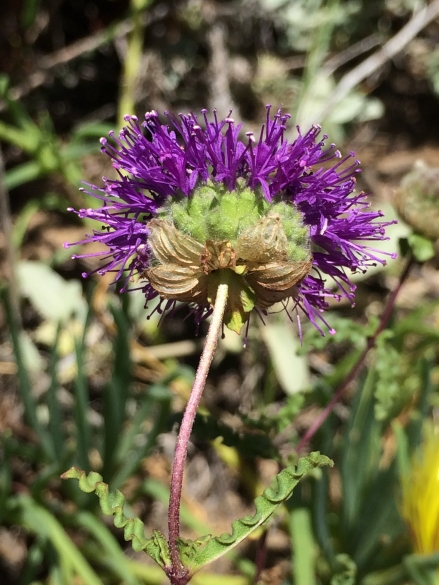 I spent most of the late afternoon and early evening trying to chase down a couple showy inland rarities without success. I did get a couple tiny rewards for my efforts, rare plants with flowers only a couple millimeters wide. First, here’s another spineflower, Chorizanthe breweri (San Luis Obispo Spineflower, Polygonaceae). Spineflowers often form large carpets of plants in flat, somewhat disturbed areas. Therefore, so despite their miniature stature, they can be fairly easy to find. Their nifty, spine-tipped bracts and six-part flowers can only be appreciated at very close range, however. 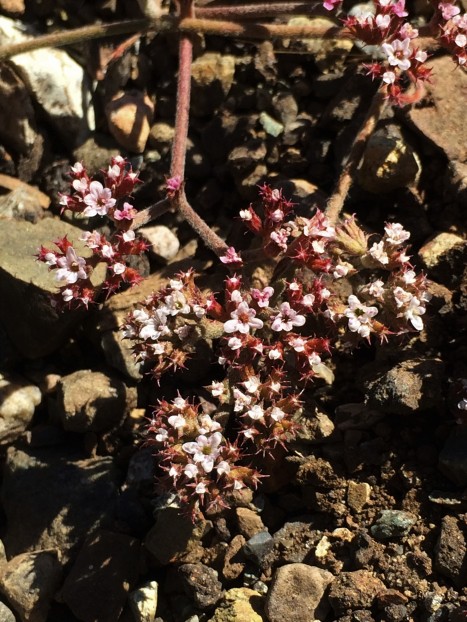 Finally, here’s Nemacladus secundiflorus (One-sided Threadplant, Campanulaceae). Plants in this genus also can occur in large patches. However, their thread-like stems make them almost impossible to see. I’ve only ever found them when crouched down looking at other plants. 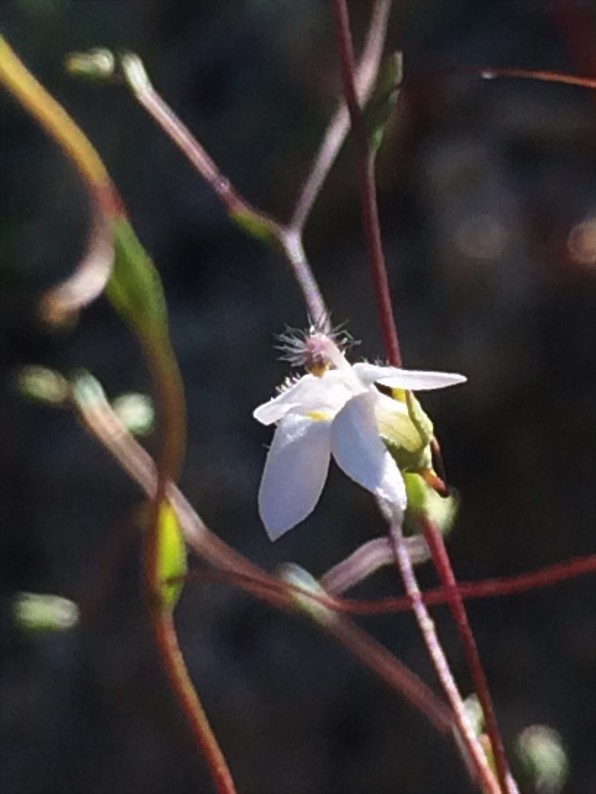 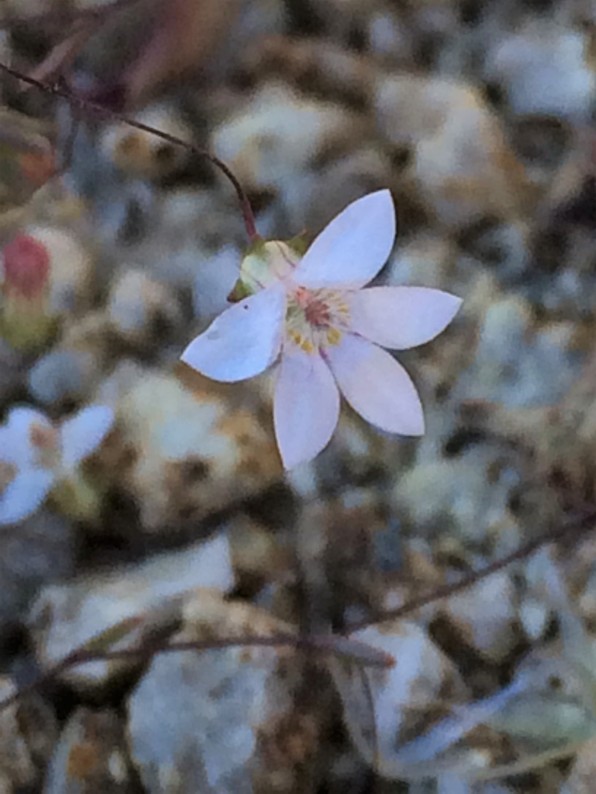