I saved the best for last on my spring break botany trip. I spent a day in one of the coolest places in California you’ve (probably) never heard of–The Santa Rosa and San Jacinto Mountains National Monument in Riverside County. Although parts of it had been previously preserved, the park was created by Congress in 2000, back when Congress did that nice sort of thing. The slightly taller San Jacintos sit to the north of the Santa Rosas. From them, the Peninsular Ranges head south for 900 miles, forming entire spine of Baja California. These mountains have a split personality. Hiking on their eastern slopes you are clearly in the desert. 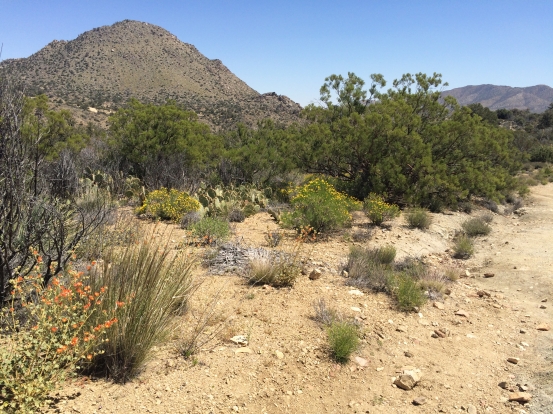 And the flora on this drier side reflects that. Here are some species that are also found in higher elevations in the Mojave or Sonoran Deserts 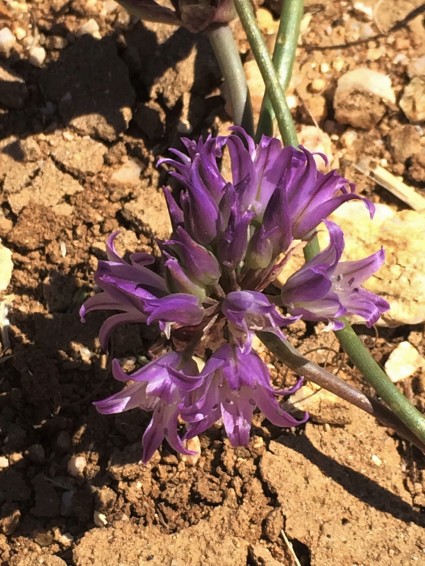 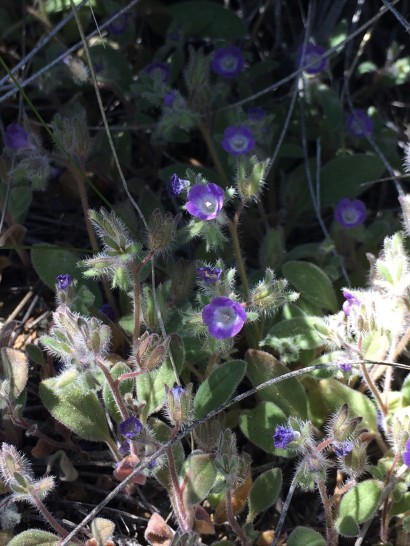 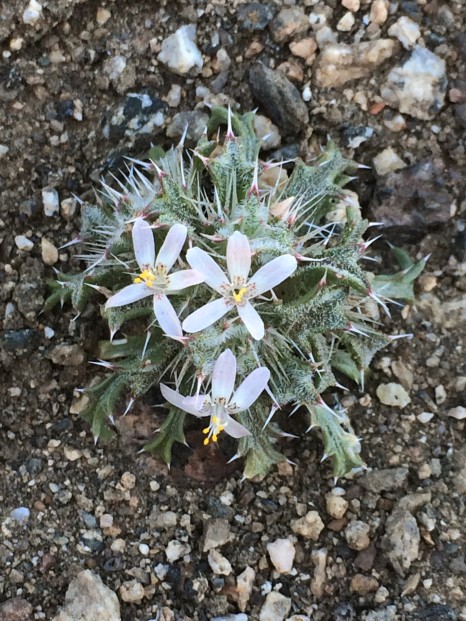 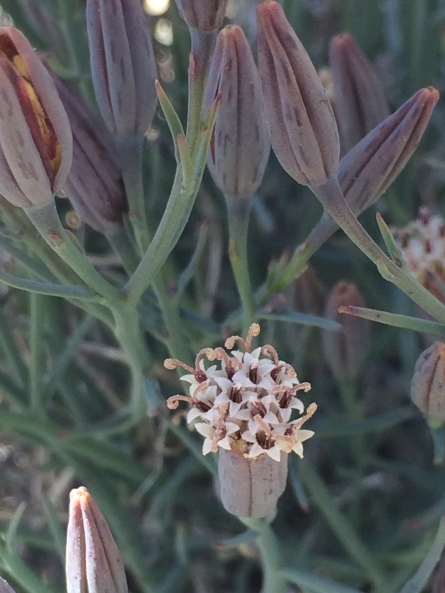 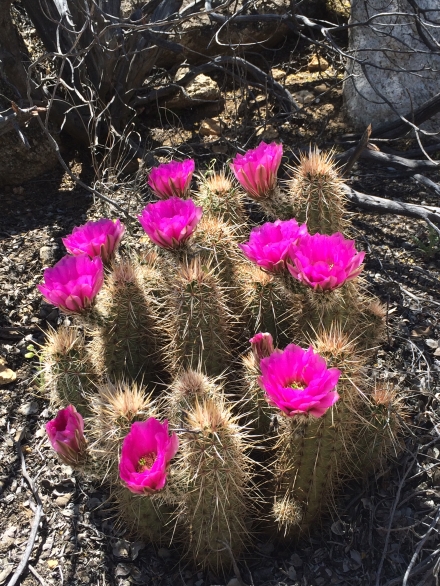 On the western side, however, rather than desert scrub, these mountains are covered in good old California chaparral. 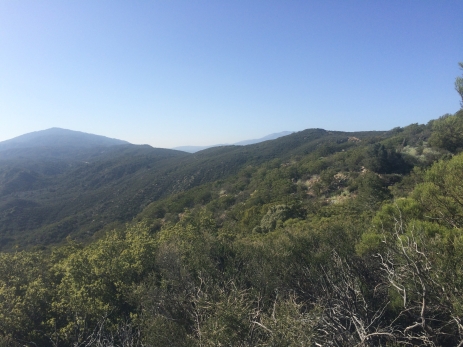 Here, many of the species also occur in the Peninsular Ranges to north and west of here. For instance, Phacelia minor (California Bluebell, Boraginaceae) 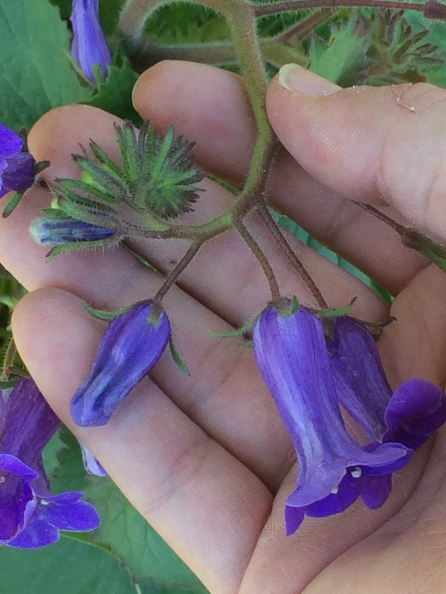 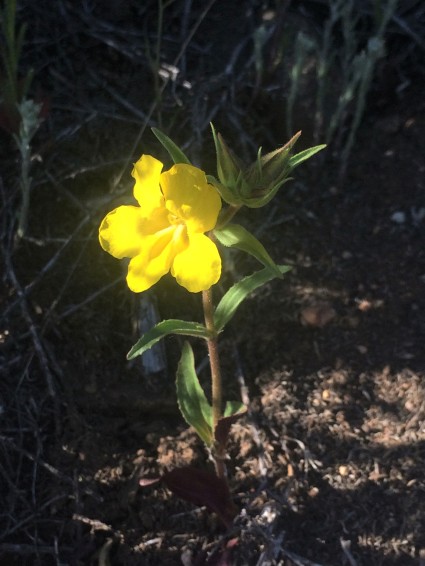 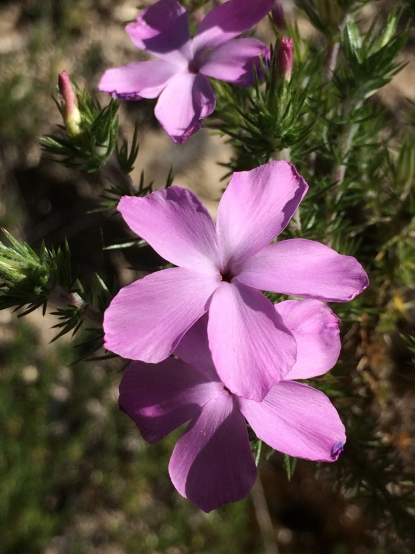 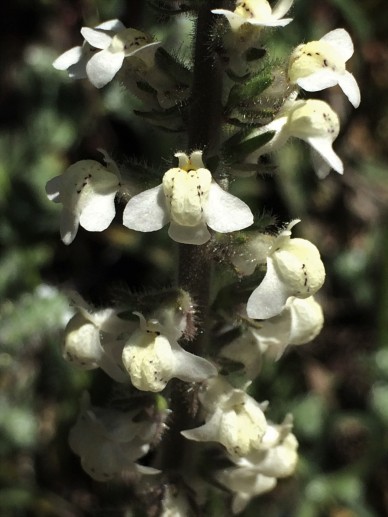 But I really came for all the plants found in the Peninsular Ranges and nowhere else. And I found several of them. I’ll start with a couple of mustards–Caulanthus hallii 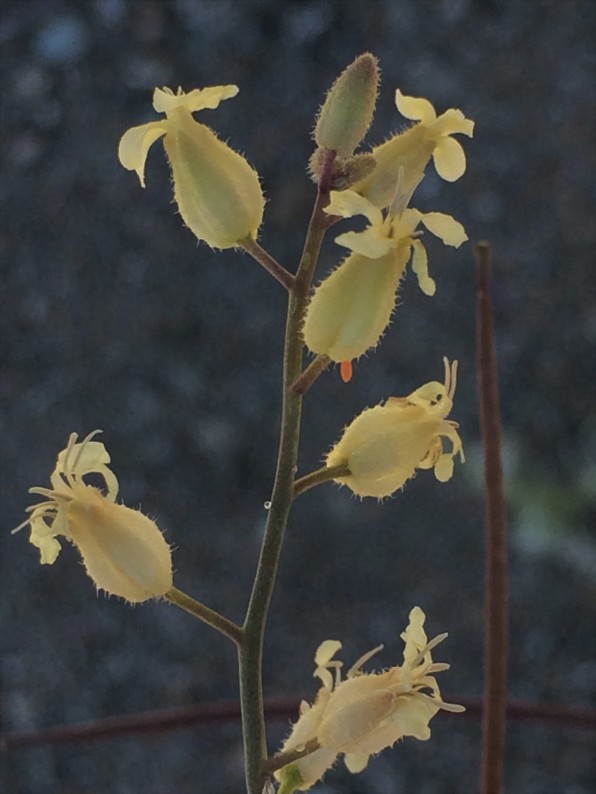 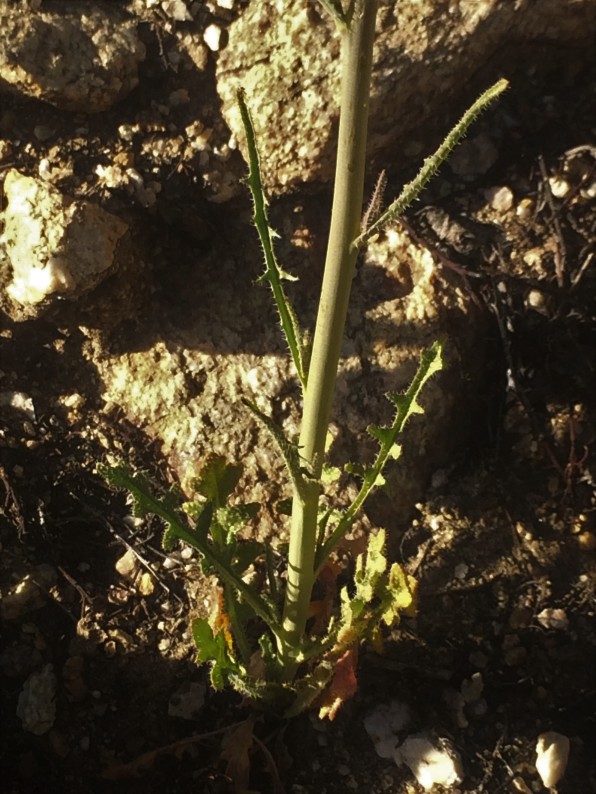 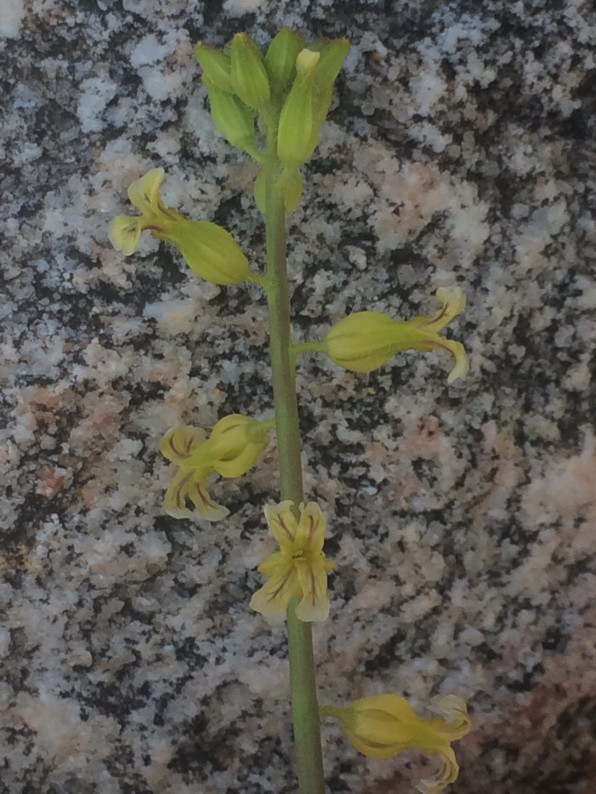 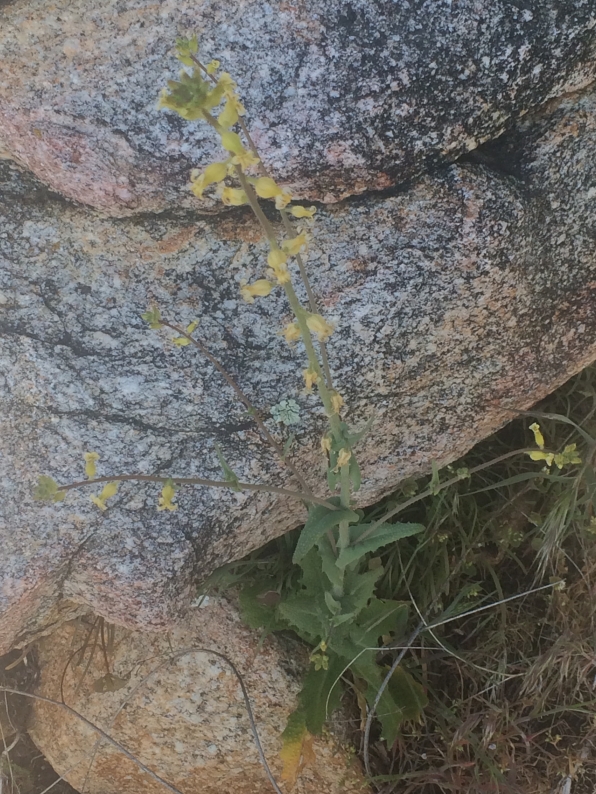 Why do two closely related species of rare mustards both choose to grow in the same section of trail? I have no idea. But I do know they are both way cooler in person–it’s really hard to capture their lanky shape well in a picture.

Shrubs, such as this Ceanothus perplexans (Cupped-leaf Ceanothus, Rhamnaceae) are a bit easier to photograph. 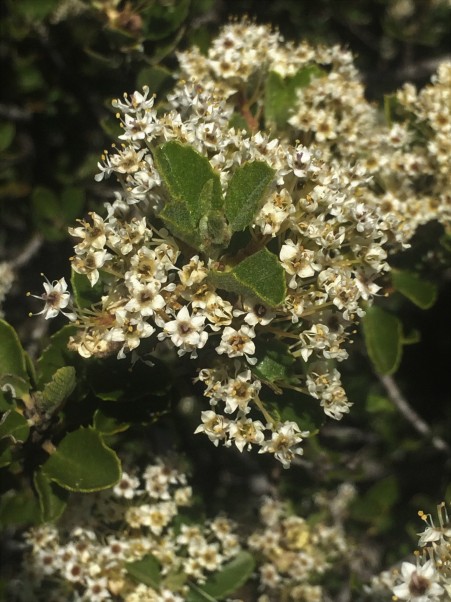 As I frequently do, I’ve saved my favorites for last. Monardella nana (Little Coyote Mint, Lamiaceae), is definitely the most interesting-looking member of its genus that I’ve met. I didn’t even recognize it at first, as this group of plants usually has tight clusters of purple flowers (see Monardella sinuata from a couple posts ago). I just love the fuzzy white bracts and pink anthers. 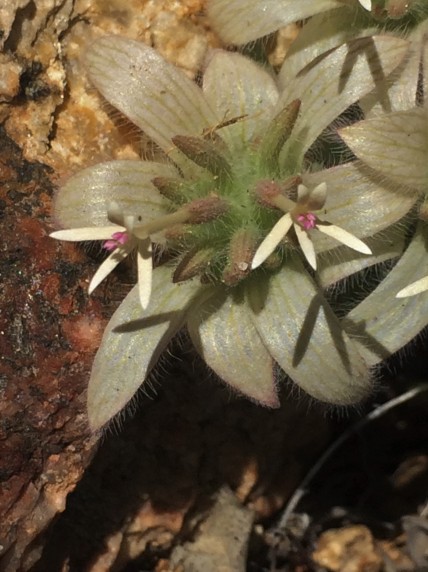 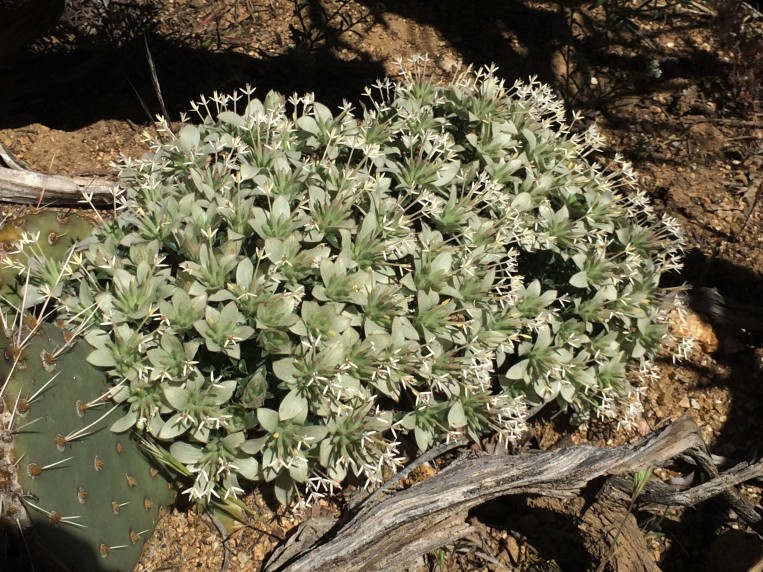 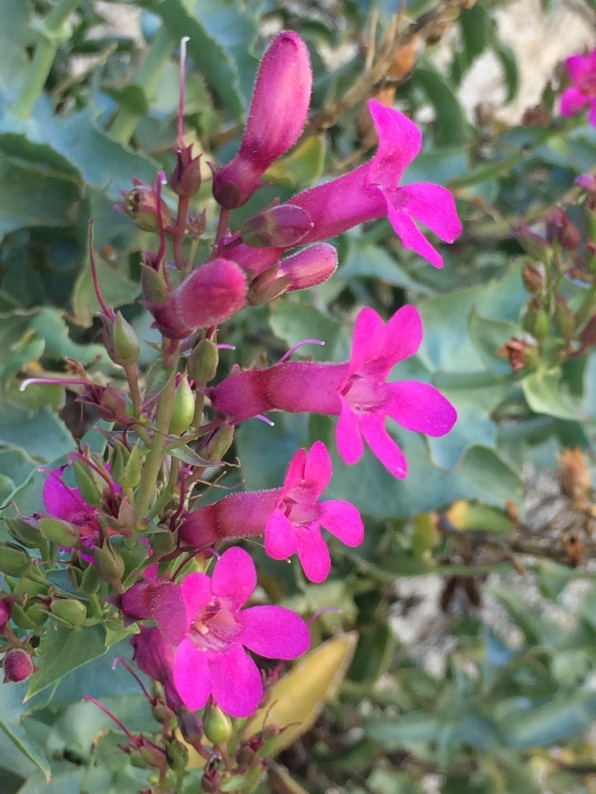 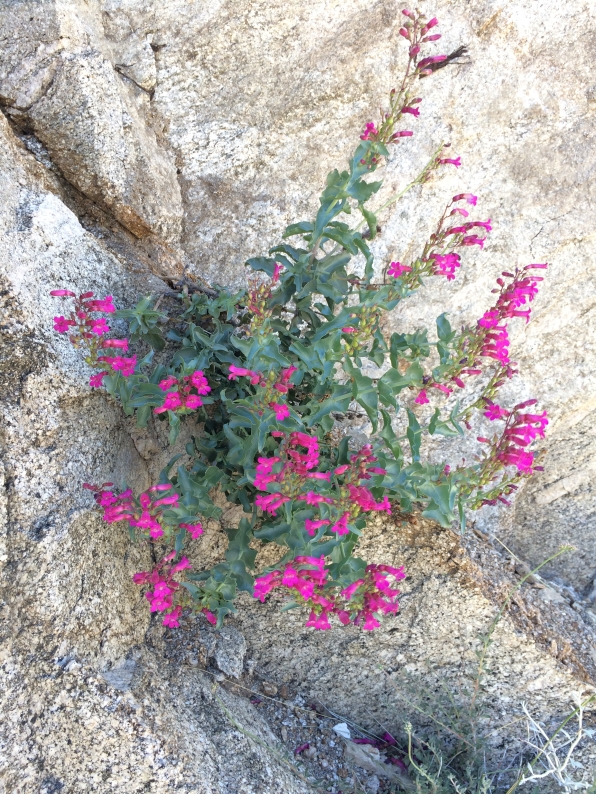 Thus concludes my spring break flower report. I haven’t yet made up my mind as to where I’m headed this weekend, but rest assured that there will be flowers involved.