This weekend I drove a large loop east from Bakersfield to search for 5 rare early-bloomers. Without leaving the confines of the county, I made it to the western edge of the Mohave Desert,

over the Southernmost Sierras by Lake Isabella, where Goldfields (Lasthenia gracilis, Asteraceae), but little else, were flowering,

to the foothill woodlands on the Eastern side of the Central Valley. 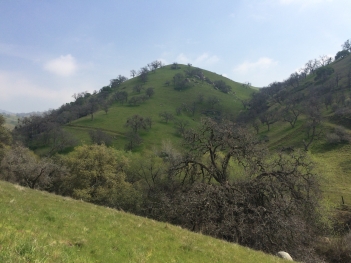 I went 2-5 on my targets. It was too early in the season for my two Sierra misses, so I’ll try this loop again at the end of April. The other miss, Fritillaria striata, is just ridiculously rare, and I struck out despite 4 hours of searching with the correct timing (based on which other species were flowering) in the correct habitat (oak woodlands with heavy clay soils), in one of only two places in the world it occurs. I did a find few consolation prizes in the form of three foothill woodland species that were new to me: Mentzelia pectinata (San Joaquin Blazing Star, Loasaceae), Caulanthus coulteri (Coulter’s Jewelflower, Brassicaceae), and Lupinus benthamii (Bentham’s Lupine, Fabaceae). 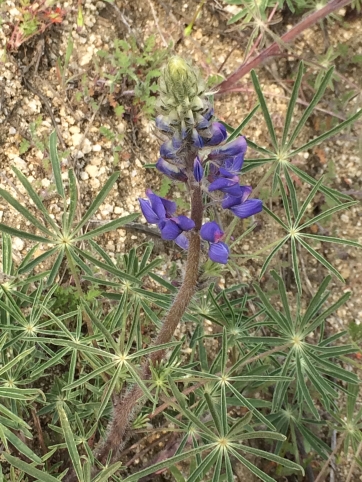 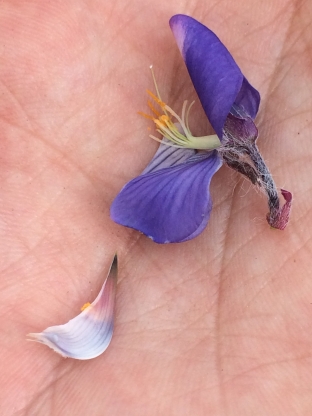 Actually, to be fair, I probably have seen the lupine. I just haven’t identified it before, as there are a ton of similar-looking species in the genus. To tell them apart, you have to pull apart the flower, as I’ve done above, and look for things like hairs on the keel (the structure on the lower left). Lupinus benthamii has a glabrous upper keel margin and a lower keel margin that’s ciliate near the claw.

The Mohave leg of my trip was by far the most successful. There are fewer flowers currently flowering than in the more southerly Sonoran desert, but a few of the earliest species are in full swing. Two of these early bloomers were the reason for timing this trip as I did (As I already mentioned, I’ll definitely be back). The first was Muilla coronata (Crowned Muilla, Themidaceae), a tiny onion-like plant found in large colonies in scattered locations throughout the Mohave. The entire plant is an inch or two tall and has one skinny basal leaf. Each of the six anthers sits on an expanded filament which forms the namesake crown. Adorable. 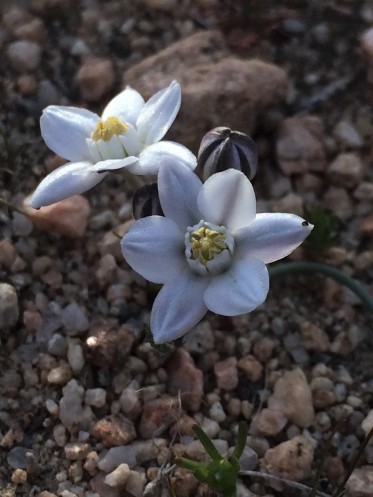 The other target, Phacelia nashiana (Charlotte’s Phacelia, Boraginaceae) is a true rarity, found only on east-facing slopes with crumbling, granite rocks in the narrow range where the Mohave meets the Southern sierras (Kern and the south-western corner of Inyo Counties). The flowers are large for the (very diverse) genus, and could not be more shockingly bright blue. It also has pleasantly plump leaves and lovely golden, glandular trichomes. Just an absolutely glorious plant. 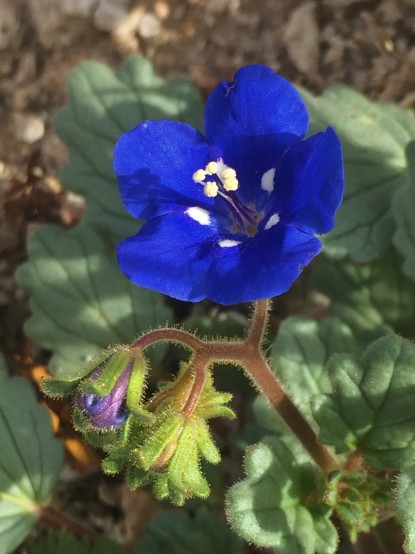 I did find some other nice Mohave Desert plants. Despite relative proximity and similar climate to the Sonoran desert, my location last weekend, none of these species occur in the Sonoran. In fact, if you’re a wildflower nerd like me, you choose Mohave over Sonoran every time, as the former has about double the species of annuals. 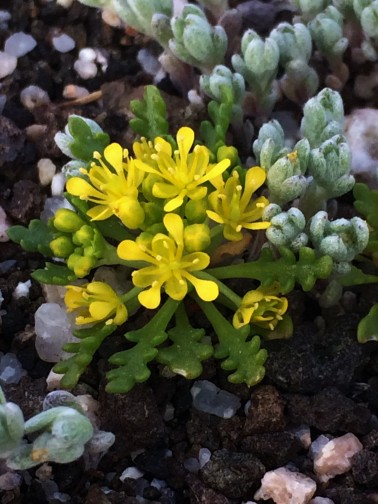 Okay, I lied, the fuzzy leaves in the first photo are actually the tiny Logfia depressa (Dwarf Cottonrose, Asteraceae), which does occur in the Sonoran Desert. It’s in full bloom in the photo (note the little brownish tips at the ends of some of the “leaves”). The whole plant maxes out at half an inch tall. The Lomatium was fun, as plants have purple flowers in the valleys, yellow flowers in the mountains, and the two color forms co-occured where I camped at the mountain base (pictured). 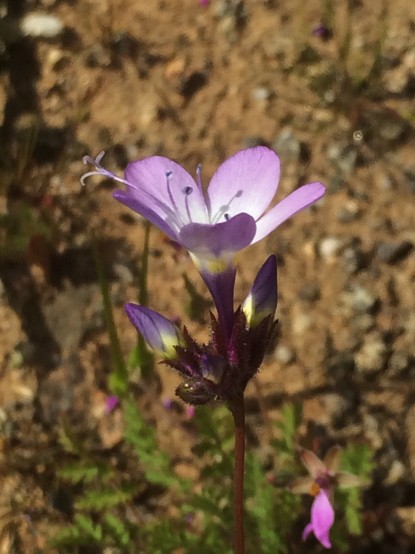 All four of those are species in very diverse genera. The Gilia in particular took some fancy keying to figure out. There’s no mistaking this last species, however. Tricardia watsonii (Three-hearts, Boraginaceae) is monospecific–there’s only one species in the genus. The name refers to the oversized, heart-shaped calyx lobes, which you can see better in the side view (second picture). 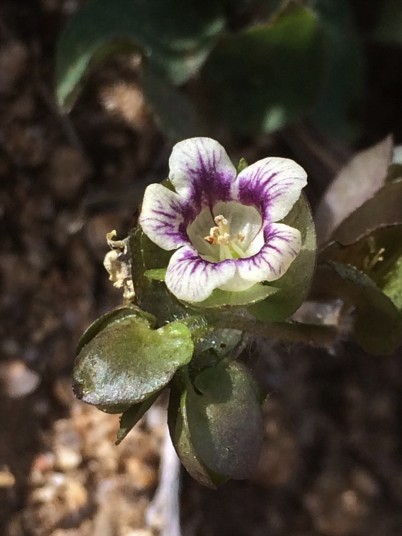 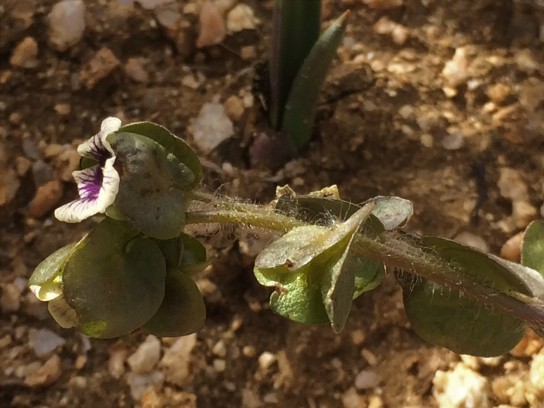 That’s a wrap. I went east this weekend and south last weekend. That means next weekend I should head west!