Before the new school year begins, I took a trip eastward to visit family and friends. While only a small portion (for me) of my trip  was spent botanizing, I did manage to find a few interesting plants along the southern shore of Lake Michigan, and so I’ll write a bonus blog post. This area is interesting botanically for a couple reasons. First, it’s at the border between the extensive deciduous forests of the east and the prairies of the mid-west. Therefore it has floral components from both biomes in addition to some unique Great Lakes endemics. Second, the sand dunes here–particularly the Indiana Sand Dunes which I visited, were the location of the first thorough study of ecological succession. By observing the relationship between the ages of soils and the plant communities growing on them, Henry Cowles developed his ideas of how communities change over time. Published in 1899, this work and its breakthrough idea of substituting space for time is still extremely relevant in the studies of ecology and conservation biology.

Okay, so what did I find? Well, most of the species I photographed are fairly common. I don’t know the flora very well here, and so it’s tough to know what plants to train the lens on. Nevertheless, I did capture some pretty cool-looking flowers, many of which were new to me. Here are 14 of my favorite shots. I’ll go alphabetical this time. In addition to the common name and plant family, I’ll briefly describe the habitat where I found it and the range of the species. 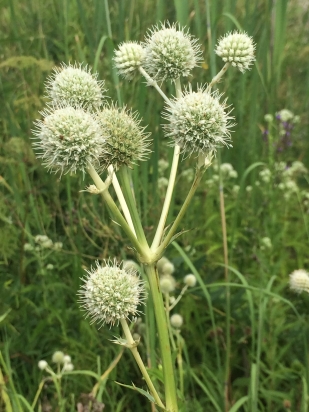 Hypericum kalmianum, Kalm’s St. John’s-Wort, Hypericaceae, wet area between sand dunes, mostly just along the shores of the Great Lakes. This was the most range restricted species I found.

Lobelia cardinalis, Cardinalflower, Campanulaceae, swampy woodland, common across the East and South, but no less beautiful for it!

Lobelia kalmii, Bog Lobelia, Campanulaceae, carpeting the ground in a wet area between sand dunes, throughout the northern third of the US and much of Canada. 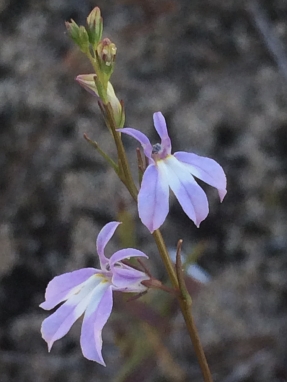 Ludwigia alterniflora, Seedbox, Onagraceae, edge of a marsh, Eastern US. The “seedbox” (persistent sepals that fold around the fruit) is in the upper left corner of the photo. 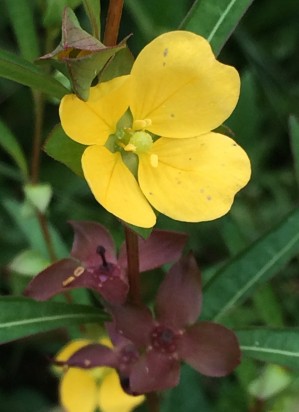 Oenothera gaura, Biennial Gaura, Onagraceae, edge of Woods, Illinois to Massachusetts and south through the Appalachians 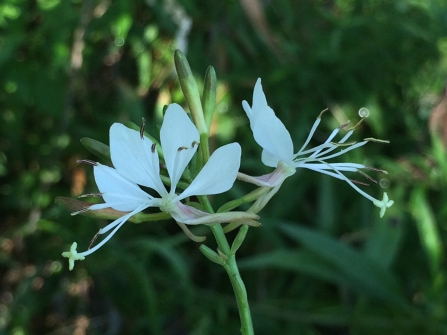 Scutellaria galericulata, Marsh Scullcap, Lamiaceae, a marsh (of course!), across the northern 2/3 of the US and Canada. The only species of these that naturally occurs in California, although it’s rare there (I’ve never seen it).

Okay, that’s likely it until I catch up with some early Desert Bloomers this winter.