It’s a new year, and a new flowering season has already begun in California! This year, rather than organize by month, I’ll write a separate blog post for each botanical trip I take. As happened in 2015, some species are blooming way ahead of schedule. But unlike last year, when drought induced a super early flowering season, this time it’s good news. An early October rainstorm dumped a ton of rain across southern California initiating what is shaping up to be a spectacular desert bloom. I decided to head down to Death Valley with a couple fellow plant nerds to it check out. We weren’t disappointed: 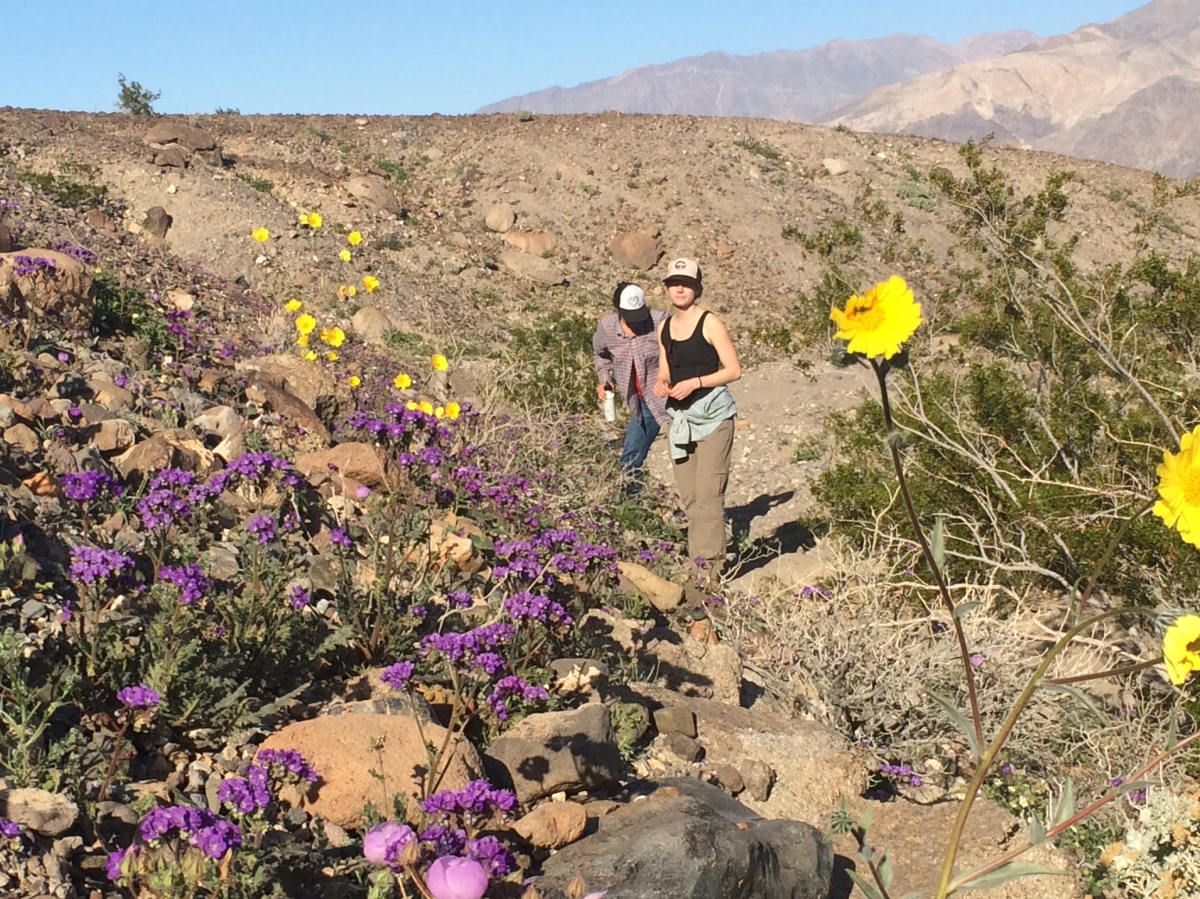 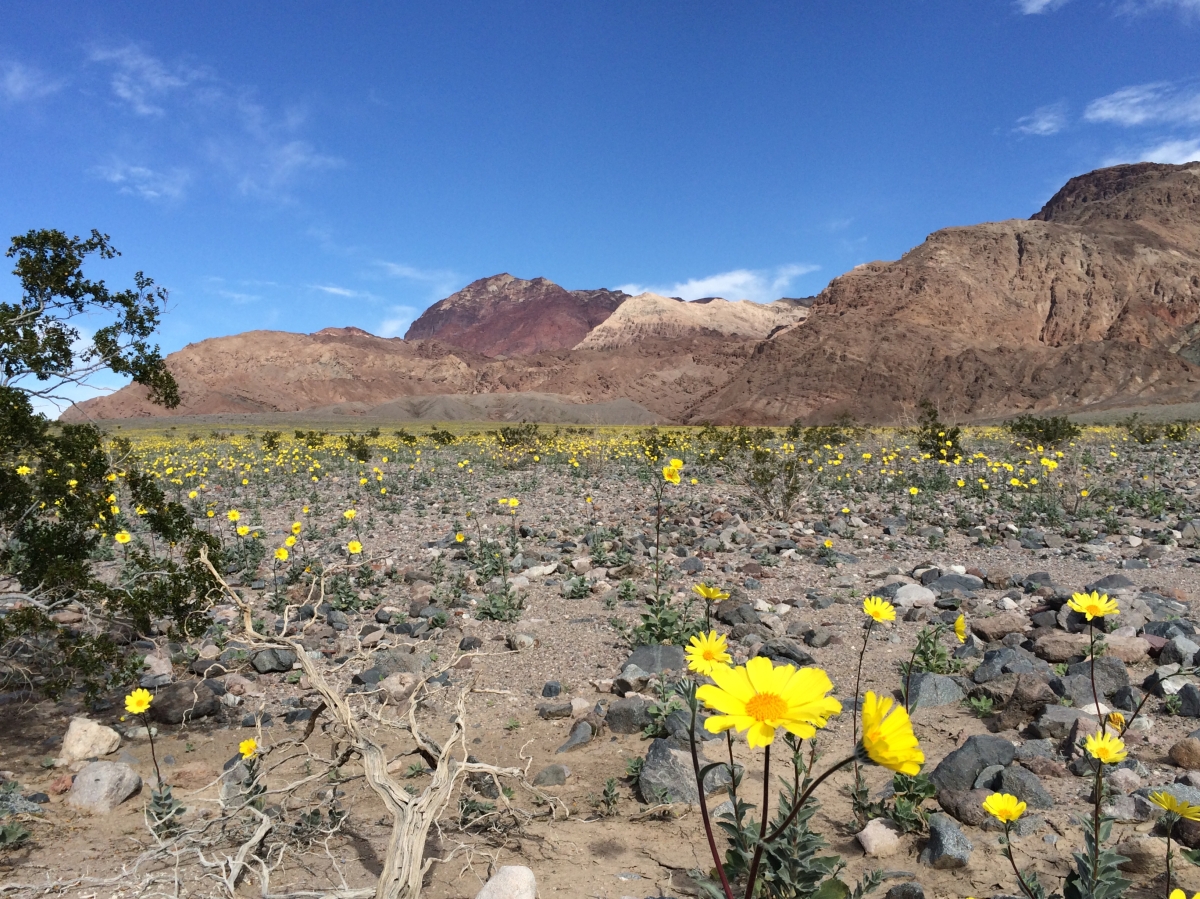 The star of the show was Geraea canescens (Desert Gold) which carpeted mile after mile of the valley floor. 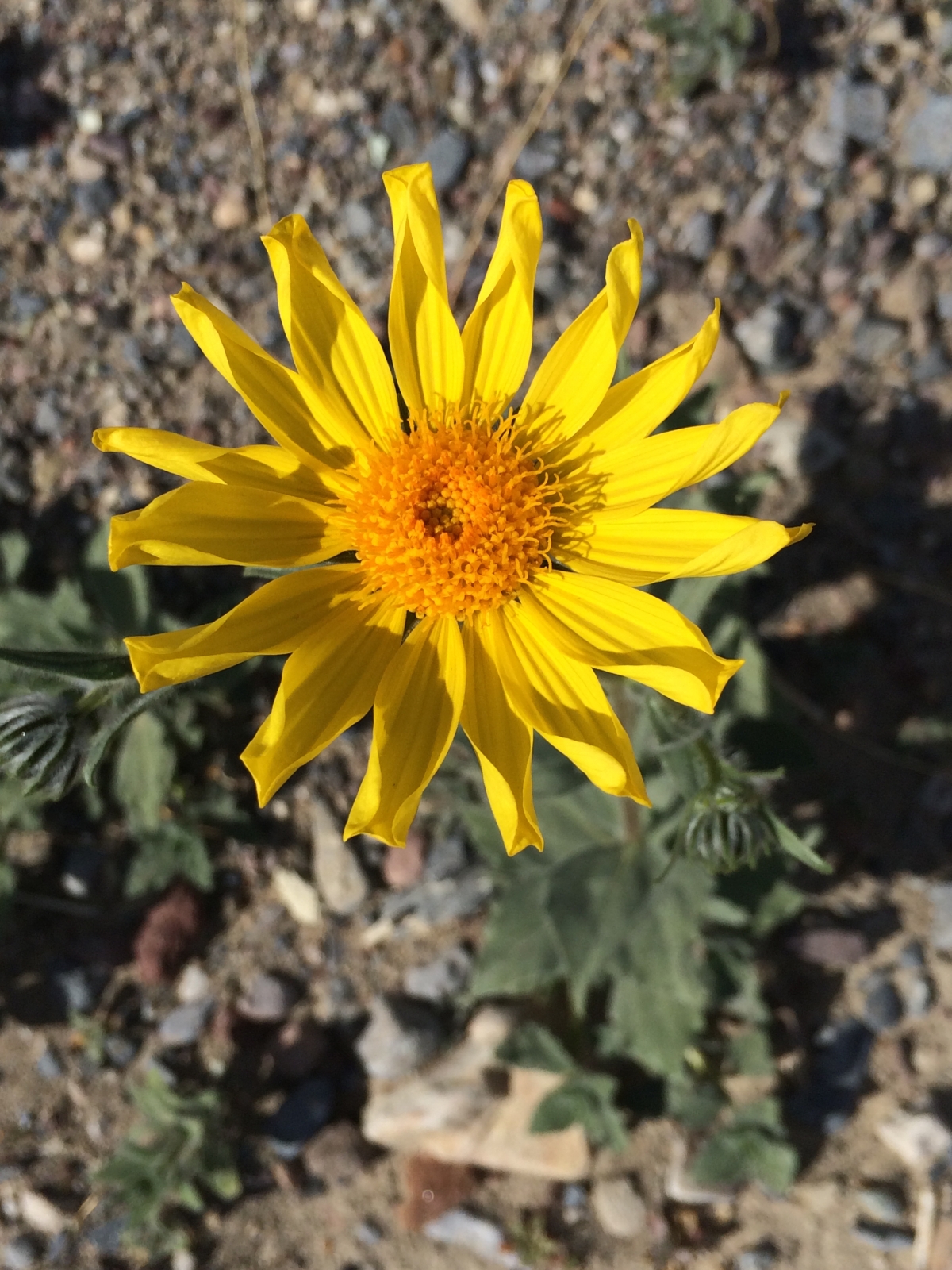 to the shrub Encelia farinosa (Goldenhills).

While there are plenty of additional species of shrub in the Death Valley, the true stars of a wildflower bloom are desert annuals. Pretty much all desert annuals have seeds that can lay dormant in the ground for years, or even decades. The seeds have chemicals in their outer coat that inhibit germination. When a big winter rainstorm hits the desert, the chemicals are washed off and billions of plants simultaneously begin sprouting. Within a few short months, the plants flower, set seed, and die, totally avoiding the dry desert summer. The last large desert bloom occurred in 2011, so most of the plants blooming now came from flowers that bloomed then or even longer ago.

Beyond the Asters, some of the other stunners were Eremalche rotundifolia (Desert Fivespot) 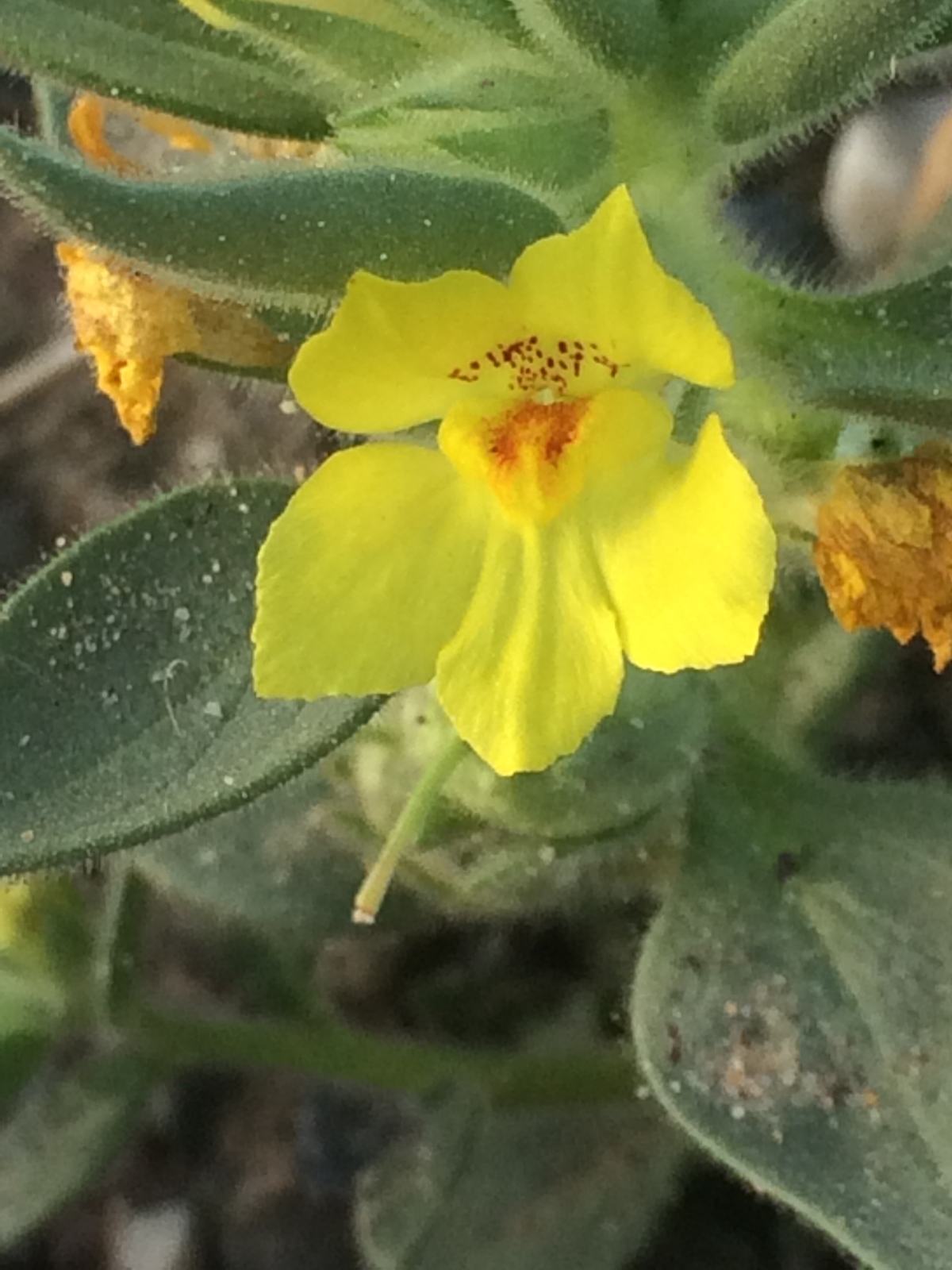 These early bloomers will be joined by many more species as the weeks go on.

The bounty of desert annuals is good news for desert insects as well. While the whole point of these showy flowers is to attract insect pollinators, plants must also contend with a host of insect herbivores that want to munch on tender new growth. Therefore many desert species invest in irritating hairs, as shown by Mentzelia reflexa (Reflexed Blazing Star), 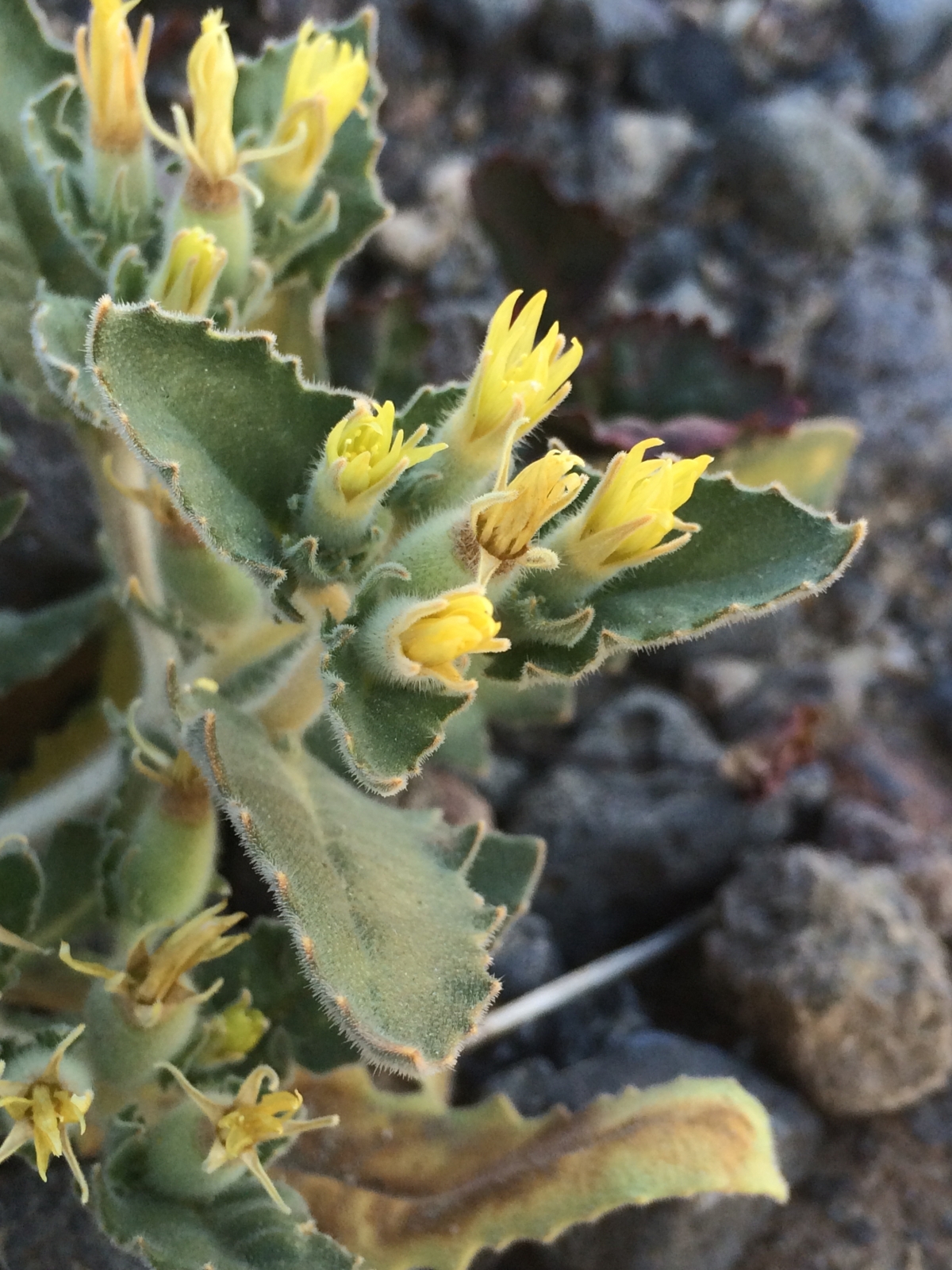 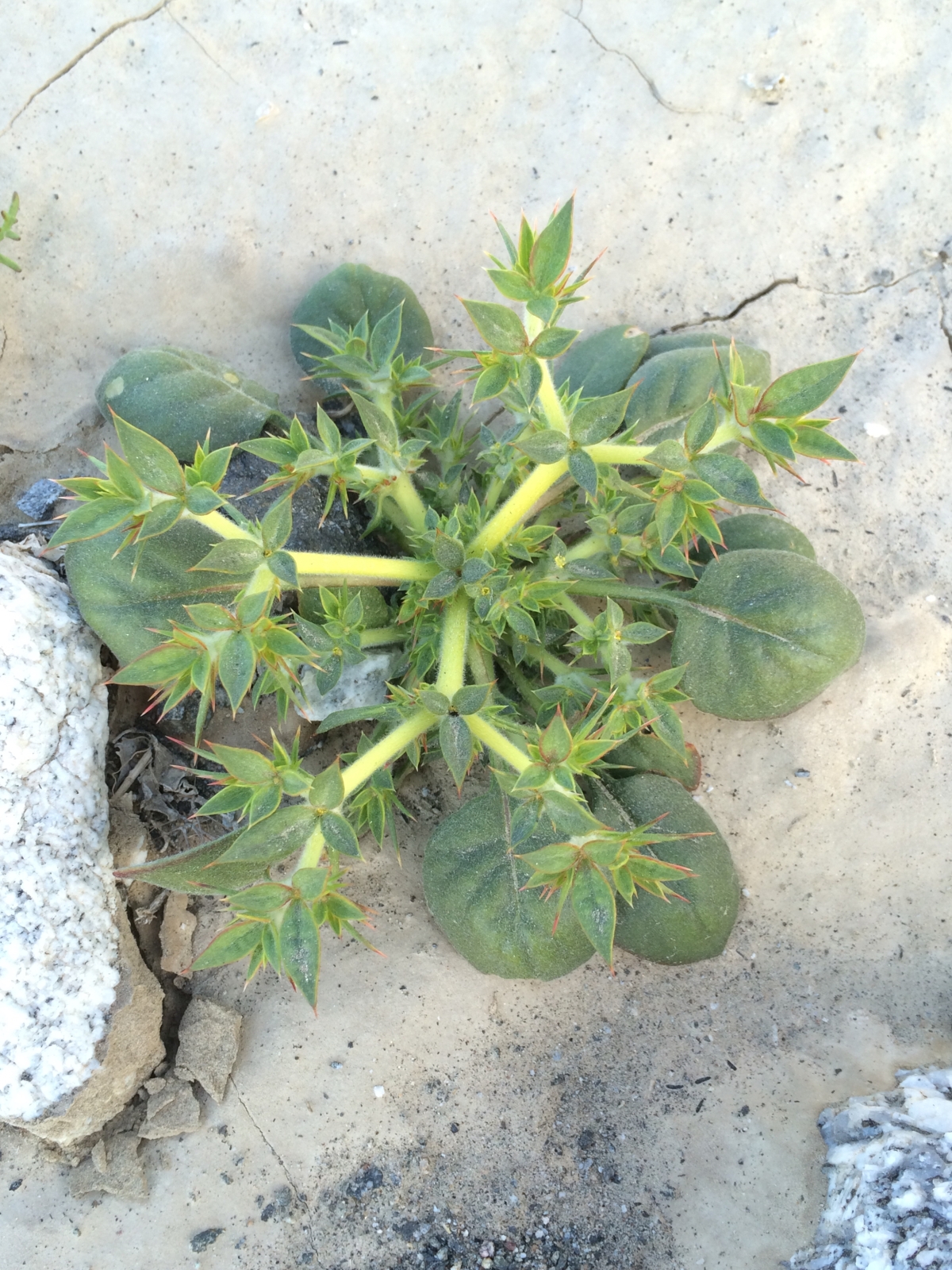 or bitter chemical compounds, such as those found in Lepidium lasiocarpum (Shaggyfruit Pepperweed).

But the most common herbivory defense is the production of sticky aromatic liquids from glands either on the ends of hairs or right on the leaves and stems. Whether the odors are pleasant or pungent depends of the species as well as the nose of the beholder. In either case it’s fun to smell any newly encountered desert plant. Dalea mollissima (Silky Dalea) is one species that combines stinky glands (the black dots in the picture) with an impenetrable layer of soft hairs in order to thwart herbivores.

And yes, the last three plants are all in full bloom-they just have TINY flowers. Interestingly, there were very few insects about, be they friend (pollinator) or foe (herbivore). My suspicion is that insects rely on different environmental cues to emerge than plants, and because the bloom was a month ahead of schedule, they are late to the party.

The highlights of the trip for me were the Evening Primroses and the Phacelia. We saw a few species of each, carpeting the desert either in monoculture or mixed in with their cousins. Here are three Primroses: 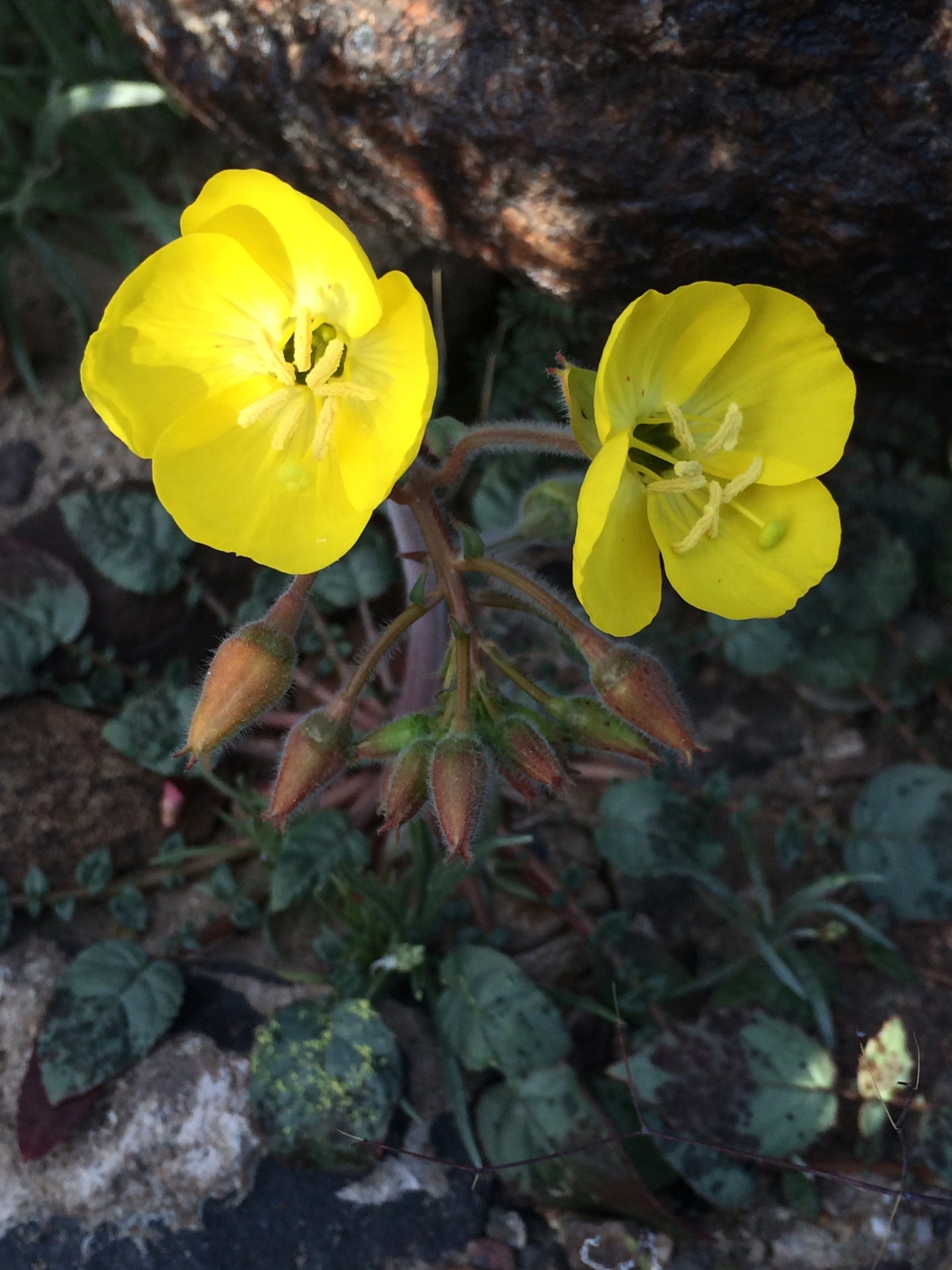 Many Evening primroses are moth-pollinated and thus smell wonderfully sweet. The later species was particularly pleasant. 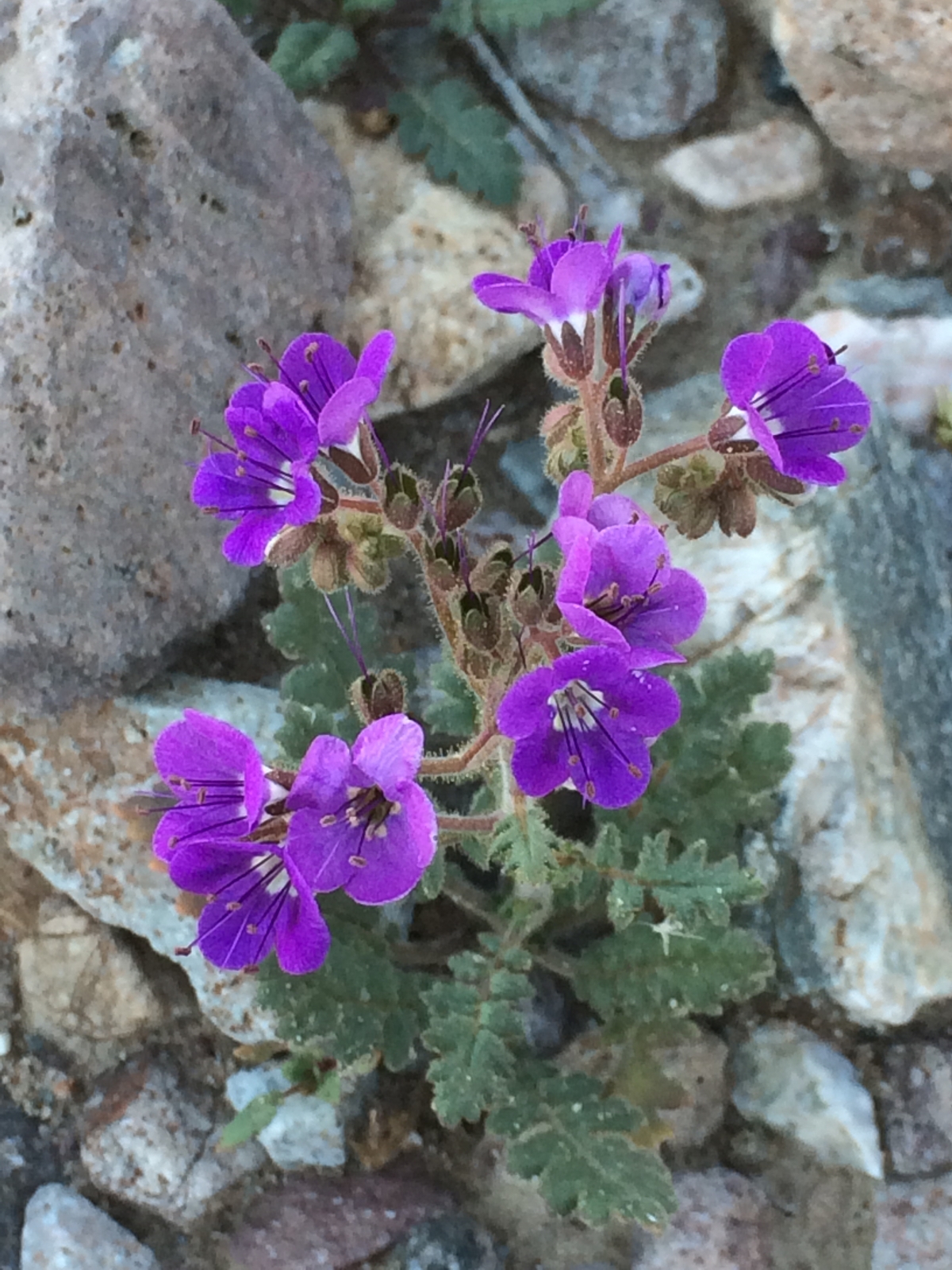 Missing from this botanical trip were rare species-most of these species are common across the California deserts. Death Valley has plenty of endemics, found nowhere else on earth. But these rarities tend to hide in canyons or mountaintops and bloom a bit later in the season. Our trip’s objective to see the spectacle of a massive bloom rather than to go on a treasure hunt. Our mission was certainly accomplished, but the hunt remains. I guess I’ll just have to go back soon!

One thought on “Death Valley”